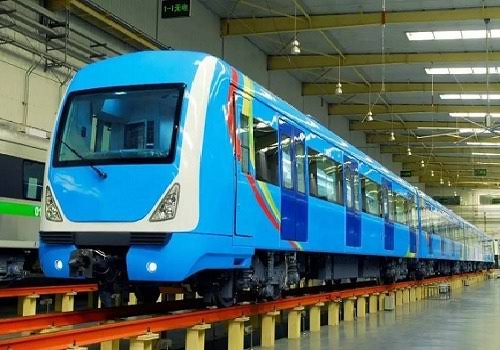 The Lagos Metropolitan Area Transport Authority (LAMATA) has said that the Lagos Blue rail lines will be operational by Dec. 31, 2022.

The Railway Engineer of LAMATA, Mr Joseph Akinpelu, said this when he led 57 Students of Leisure and Tourism Management (LTM), Yaba College of Technology (YabaTech), Epe campus, on sensitisation of the Blue Rail Line Station at National Theartre, Lagos.

The blue line from Okokomaiko in Lagos West on Lagos-Badagry Expressway after Lagos State University (LASU) is to come from Okokomaiko to Mile 2 through Orile, elevated to pass the National Arts Theatre, then sea crossing and finally end up in Marina was started by Babatunde Fashola’s administration in , was conceived by Sanwo-Olu-led administration.

While explaining the potentials and benefits of the project to the students, he said some of the station would be integrated with other modes of transportation.

Akinpelu said that some of the stations would have feeder bus stations working with the railway operation to give passengers transportation option.

“At Mile 2, we are going to have an option of water transportation so that Lagosians can choose any of the mode of transportation for easier access to their destinations.

“The Blue line railway operation will reduce traffic congestion due to various option that will be available at the end of the completion of the rail project.

“Lagosians should expect a very robust transportation at the end of 2022, they should expect fear price and enjoyable infrastructure in the transport sector,” he said.

One of the HND two students, Miss Hanna Peter, they were well-informed now about the Blue Rail Line line, adding that it would definitely reduce traffic on Lagos roads.

She said that Lagos and traffic was inseparable that with the blue line traffic hold ups would be a thing of the pass.

Also speaking, one of the HND one students, said the Blue Rail Line would integrate manual to electronic technology which would be more convenient for Lagos residents.