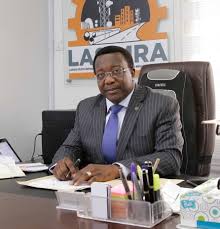 The government had seven months ago arraigned two of its staff over allegation of fraud. They were Odekunle and Olugbenga Omolewu of LASIMRA at the Ikeja Magistrate Court.

Following Lagos State application to withdraw the case after a thorough investigation, the Magistrate, Ikeja Magistrate Court, B.O. Osunsanmi struck out the charges and acquitted Odekunle.

The government decided to withdraw the case after a thorough investigation.

According to the prosecutor, based on section 73 of ACJL, “I have the instruction of the Attorney General to withdraw the case.”

Based on that, Magistrate Osunsanmi granted the application of the prosecutor and struck out the case, thus, acquitting Odekunle and Omolewu of the charges.

Mr. Odekunle has since been reinstated into the civil service.

CAN rallies Christians against killings