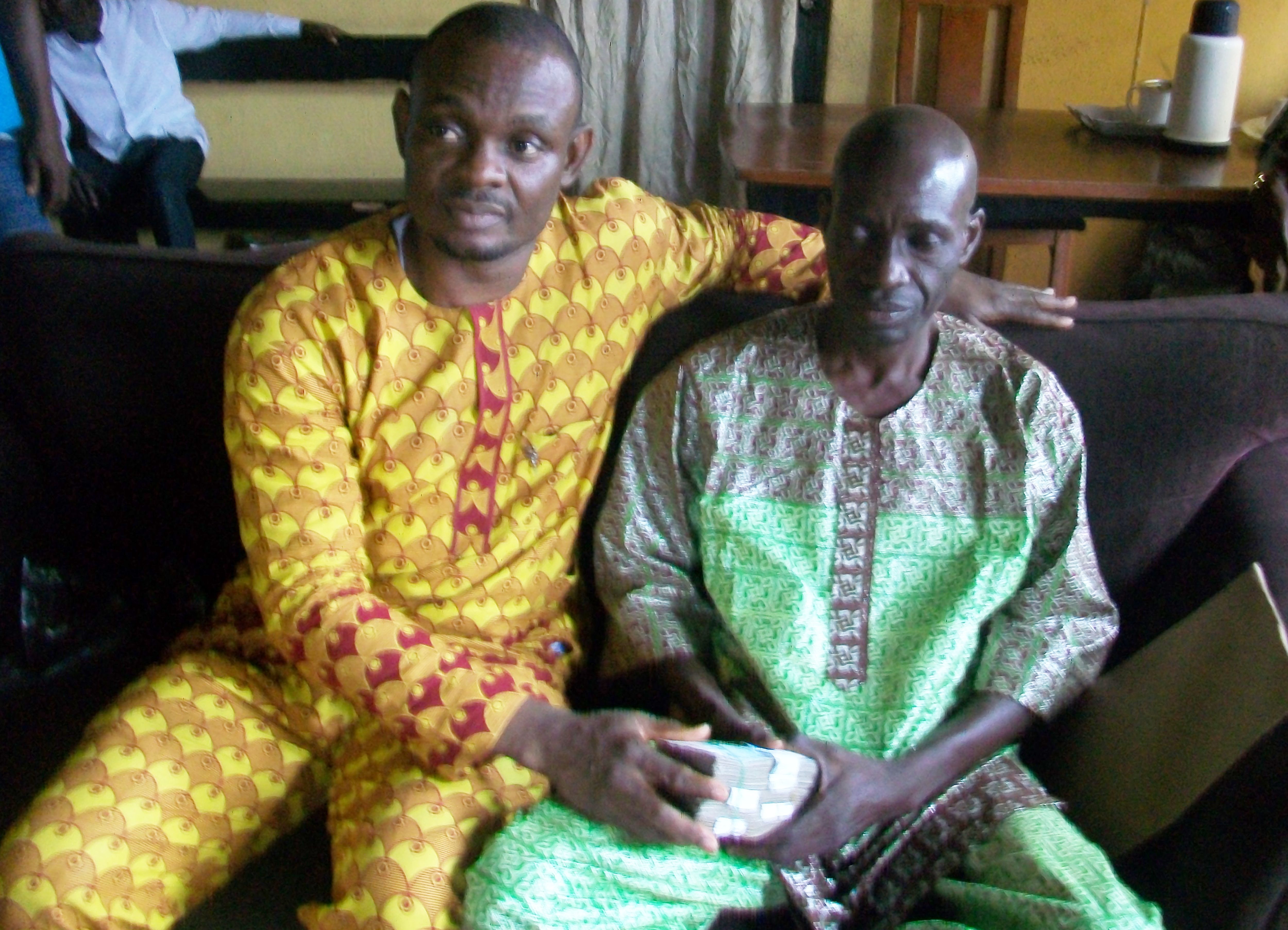 The lawmaker stated that the cash was meant for the visually impaired to start up a business, so as not to resort to alms begging.

Mr. Badru Sunday Kuti the blind man while reeling the trajectory of his over 20 years old travail, noted that not quite long after his academic journey, he dreamt of a man who he recognized as one of his relatives blew a powdery substance into his left eye.

When he woke up, he alleged his left eye was no longer functioning and it took not too long before the right eye also got affected and became totally blind.

He also stated that on two occasions surgeries had been carried out on both eyes, courtesy Rotary Club of New York in 2007 and 2009 but all was to no avail, my issue rather escalates.

” I believe there is ability in disability and pray those assisting me be replenished from above, ordinarily my dream was to attain a reputable height in linguistic research, I also had flair for writing and still write with the inner eyes as my guide, since I was not blind from birth”. Badru reiterates.

One of the Peoples Democratic Party leader in the constituency, Alhaji Shaybu Okanlawon noted the good gesture of Shokunle speaks volume of PDP’s politics style, which is people centred rather propaganda politics as the case is with APC.

” Ours is people focused politics in PDP not the kind practiced by APC, where they get to gather the whole world to squander money the more when they do anything, but it’s not our culture here we rather want the best for all regardless of party affiliations”.

Commenting on the recent Lagos High court ruling which pronounced the caretakers committee in the state’s Local governments illegal, Okanlawon maintained that it was a good one, which has geared the PDP Oshodi/ Isolo stakeholders up to prepare for success having taken over from the ruling party there.