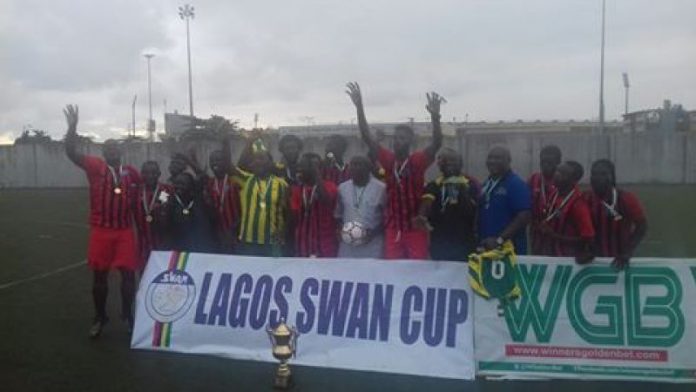 The President of Nigerian Union in Japan, Chief Kennedy Fintan Nnaji , has been named the new patron of the Sports Writers’ Association of Nigeria (SWAN), Lagos State Chapter.

Speaking at the investiture ceremony held at the Lagos SWAN Secretariat, National Stadium, Surulere, Lagos on Friday, the chairman of the association, Mr Debo Osundun, described Chief Nnaji as a worthy ambassador who ensured that Nigerians based in Japan were made to feel at home away from home.

The sport writers’ boss said the choice of Fintan as a patron was borne out of his sterling qualities as a purposeful leader.

His words: “Some associations have many politicians as their patrons, because of the financial gains but that is not the case with us in Lagos SWAN.
“We also hope he will play very important role when the Tokyo 2020 Olympics commences in Japan.

The ceremony was graced by Chief Nnaji’s family, friends and business associates, as well as the immediate past chairman, Lagos SWAN chairman, Mr Fred Edoreh and other