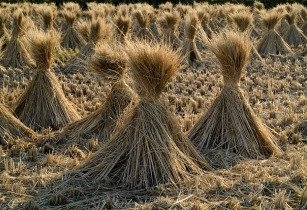 Akinade stated this in Ibadan on Sunday in an interview with the News Agency of Nigeria on the challenges farmers are facing as they prepare for 2022 farming season.

He said rice farming in Oyo State had been a very good experience except for availability of land.

“It is the land that I have that I can boast of. For now I don’t know whether the government has enough land for rice farmers because none has been made available to use, especially manure fields.

“When we detect a land somewhere that will be good for rice, we as farmers will go to the family to negotiate with them. If they like they give us, if they don’t like they say no.

“That is the level we have been operating in Oyo State when it comes to lowland rice,” Akinade said.

He stressed that though there are parcels of land that could support upland farming in the state, availability of lowland for rice farming has been scarce.

“It is the land that you have that will determine the variety of rice you will plant whether upland or lowland.

On insecurity, the chairman said the issue of insecurity on farms had reduced with the efforts of the Amotekun Security Network and farmers themselves.

“The issue of cow grazing subsided last year but we are not saying that it has been eliminated. No we still have patches of them here and there grazing farms and they do that at night.

“So it is only the farmers now that have been providing security but the Amotekun in Oyo State is helping. They helped a lot to chase those cow rearers away and that is why the incidents have reduced.

“But some cows still come in the middle of the night to destroy rice plantations,” he said.

Akinade noted that in 2020 farmers experienced drought affected rice farmers including those who produced other commodities.

“But the rain was better last year. The way the rain starts now if it continues like this it will still be OK.

“Anybody that has lowland can start planting. So when the rain comes it will meet the rice on the farm and so far the water will not be too much for rice, for fadama land people can begin to plant now.

“Because water will be available on the top of the soil  for ‘Akuro’ fadama land, which will continue to sustain it till much more water comes and when much water comes so far it is low land rice, it will still be OK, that is the level we are now ,” he said.

We are ready for consensus candidate — Bukola Saraki