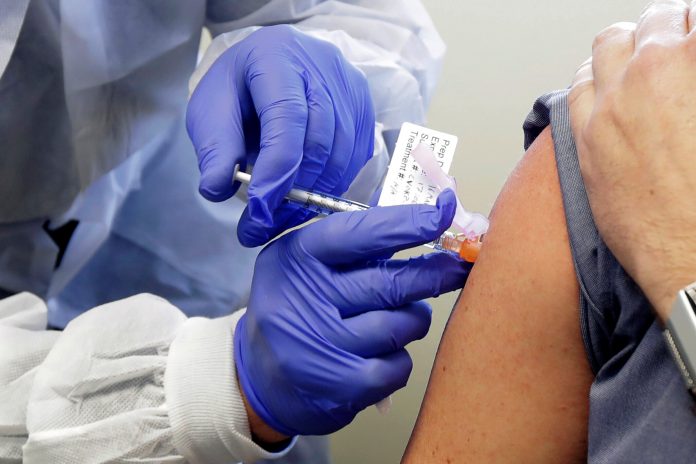 A 49-year-old Texas man who recovered from COVID — but was required to be fully vaccinated against the virus before being approved for a life-saving lung transplant — died when he developed a pulmonary embolism and heart issues after his second Moderna vaccine.

In an exclusive Interview with The Defender, the man’s wife, Amy Bolin, said there was no reason her husband, Bobby Bolin, should have been forced to get the vaccine.

Amy said her husband had no choice. “He knew that without lungs he was not going to live because his lungs were failing him. But look at what happened by making that choice.”

After his second Moderna shot, received on April 17, Bolin developed a pulmonary embolism and atrial fibrillation — a heart condition characterized by an irregular heartbeat, shortness of breath, chest pain and extreme fatigue.

His health rapidly deteriorated and he passed away Aug. 20, before receiving new lungs.

Bolin had COPA syndrome, a rare genetic autoimmune disorder. “The side effect from the disease was an attack on his lungs, and he was at 15% lung capacity when he was being evaluated for a double-lung transplant,” Amy said.

“Our entire family actually came down with COVID in December 2020,” Amy said. “When that happened for Bobby, he was immediately given the antibody transfusion. His transplant team was certain that because of his minimal lung capacity this would be certain death for him, but he didn’t really have any side effects from it. A loss of smell was all that really lingered for him.”

When Amy learned her husband would be required to get the COVID vaccine, she “pushed back pretty hard with the transplant team.” She said she didn’t understand why the team would force a COVID vaccine on her husband without first testing his antibodies.

“It didn’t make sense to me,” Amy said. “He was extremely immunocompromised. He even struggled to take the flu shot, and we even fought the team about that because he would end up in the ICU every time it was given to him.”

According to Mayo Clinic, a pulmonary embolism is a life-threatening condition where a blockage caused by blood clots occurs in the pulmonary arteries of the lungs.

Amy said she requested her own autopsy because she needed answers.

“It just sickens me, it really does,” Amy said. “His legacy is really important to me and I don’t want to see another wife and family face the same things we’ve faced these last few months.”

Some experts are concerned about the effects of giving a fourth vaccine dose to the immunocompromised population — a practice that has not been studied for safety or efficacy, or signed off on by the U.S. Food and Drug Administration or CDC’s vaccine safety advisors.

“With each injection, there is an uncontrolled production of the SARS-CoV-2 pathogenic spike protein which goes on for weeks or months,” McCullough said.

“Recent evidence in the SARS-CoV-2 respiratory infection has found that the S1 segment of the spike protein is recoverable in human monocytes over a year after the illness.”