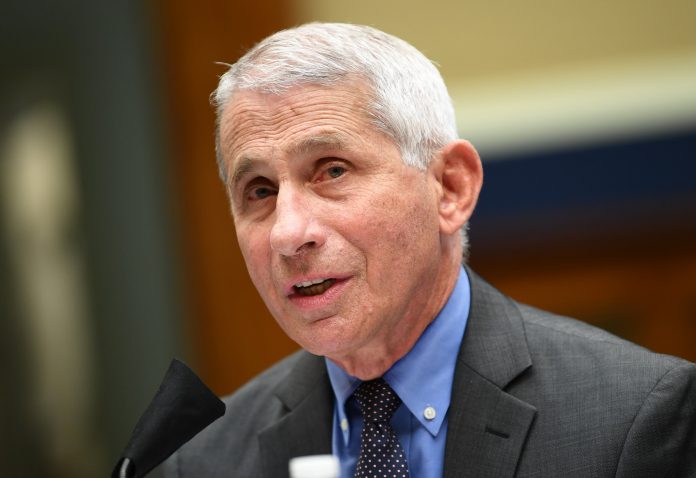 United States lawmakers have called for Dr. Anthony Fauci to be fired over the many lies surrounding the COVID-19, especially on its origin and many others.

Two of the lawmakers, Sen. Rand Paul and Sen.Ted Cruz called for Anthony Fauci to be fired over a “lack of judgment,” contending that President Biden’s chief medical adviser lied about research the National Institutes of Health (NIH) funded in Wuhan, China.

“He should be fired,” Paul told Mike Allen during an interview with “Axios on HBO” that aired Sunday.

“The thing is, it is just for lack of judgment of nothing else, and I, you know, he’s probably never going to admit that he lied, he’s going to continue to disassemble and try to work around the truth and massage the truth,” he added.

Paul’s comments are the latest in a feud with Fauci that has been bubbling for months, at times face-to-face during Senate committee hearings. Last month, the senator said Fauci deserves a five-year prison sentence for lying to Congress.

The call for Fauci to be fired came after Lawrence Tabak, the principal deputy director at the NIH, penned a letter to Rep. Cathy McMorris Rodgers (R-Wash.), the ranking member of the House Energy and Commerce Committee, last week that revealed new details regarding an NIH grant to EcoHealth Alliance, which conducted an experiment at the Wuhan Institute of Virology.

Tabak said that while that finding was “an unexpected result of the research,” the viruses examined in the experiment “were genetically very distant from SARS-CoV-2.”

Paul said the letter shows that the experiment involved gain of function research.

“In the letter they acknowledge that yes, the viruses did gain in function, they became more dangerous. So they’ve created a virus that doesn’t exist in nature to become more dangerous, that is gain of function,” Paul said.

Top health officials, however, are rejecting that interpretation. NIH Director Francis Collins told The Washington Post in an interview last week that the experiment did not include “gain of function” research.

Fauci responded to Paul’s comments during an interview with George Stephanopoulos on ABC’s “This Week” on Sunday, saying he “totally disagrees[s] with Sen. Paul.”

“The funding at the Wuhan Institute was to be able to determine what is out there in the environment, in bat viruses in China. And the research was very strictly under what we call a framework of oversight of the type of research,” Fauci said.

“And under those conditions which we have explained very, very clearly, does not constitute research of gain of function of concern. There are people who interpret it that way, but when you look at the framework under which the guidance is, that is not the case. So I have to respectfully disagree with Senator Paul. He is not correct that we lied or misled the Congress. It’s just not correct,” he added.

“We’re calling for an investigation and hearings on this, we’ve been calling for that for months. But you’re right, there’s been a great deal of resistance on the Democrat side, but would we not want to know the origin of the virus, and to know if it came from a lab, particularly since this research still goes on,” he said.