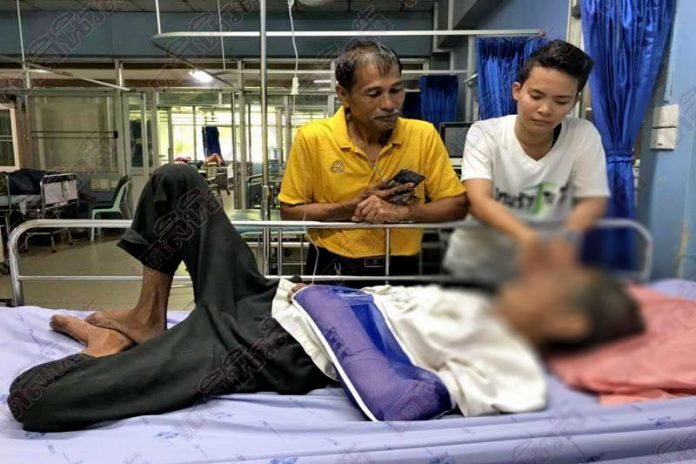 Luck has run out of a 71-year-old man, Yap Chaiphak, after he was arrested by the police in Southern Thailand after confessing to have raped an 89-year-old neighbour.

However, before the police arrived, some measure of “justice” had already been given to Chaiphak.

A granddaughter of the victim, simply identified as Naphawan, affirmed that she whacked Yap four or five times with a broom handle for not being remorseful of his shameful act.

“I admit I lost my temper,” she said.

“Society is not safe anymore – for a neighbour to do this to my gran is just terrible”.

The victim, identified simply as Mia, was raped while out on a raised platform outside her house in the village of Ban Na, on Monday.

The suspect has been admitted and taken to hospital to treat a broken arm and damaged ribs which he got from the beating meted out to him.