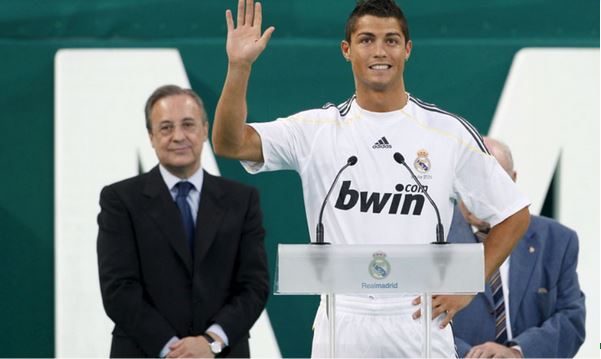 Sometimes there are a lot of emotions and vivid impressions at the performances of beginners. And there are also a lot of fans who fill the stadium and get high in anticipation of the exploits of a new star. In this article, we will mention the top 10 most powerful presentations of football players!

If you are looking for a reliable bookmaker with juicy bonuses, then visit http://bookmaker-ratings.ng to find a list of all available companies and reviews for each of them.

10) In tenth place is Zlatan Ibrahimovic. In 2009, the Swede fled from Inter to Barca for the Champions League trophy, because then he was at his peak. And in Catalonia, everything started for Ibra just fabulous. The arrival of the player caused delight among the local public – a club record was set for the number of spectators at presentations (62,000).

9) On the ninth line – a rush homecoming. Luis Suarez finished his business in Europe beautifully – the main player of the generation and the pride of the nation conquered everyone and returned to his homeland in Nacional. 50 thousand spectators came to the stadium to see the return of the legendary «El Pistolero»!

8) On the eighth position we will collect the most creative presentations. Clubs strive to expand their audience reach in social networks, and in order for the introduction of a new player to go viral, the audience must be surprised. Rafael, having moved to Turkey, appeared in the form of his namesake from the «Ninja Turtles». Inter also played on Nainggolan’s nickname «The Ninja» in 2018. Edin Dzeko, also signing a contract with the Nerazzurri, became the hero of a comic book that showed the career of a swan from Sarajevo.

7) In seventh place – presentations of mega-expensive newcomers who failed. Vivid examples are Eden Hazard and Kaka at Real Madrid. The winner of the Golden Ball was taken to Madrid for 67 million. The city was euphoric. At the stands, where 55,000 fans gathered, Kaka first peeped into the crack from the tunnel – a cool shot.

6) Number six – banter presentations. For example, like the recent performance of Alexander Kokorin in Aris. The Cypriot club named the player, who had been sitting on the bench for a year and a half, king.

5) We give the fifth line to Neymar. After the purchase of Ney in 2013, Barcelona updated the club record – 88 million euros. The Brazilian arrived in an image that was joked about like this: the player differed from Justin Bieber only in that he traveled without a monkey.

4) Fourth position – presentations, which were not without tears. Alvaro Morata returned to Madrid. Alvaro forced himself to be respected in Turin and Real bought the pupil. And after Perez greeted the player in the «home», Morata trembled and, making a speech, wept.

3) The top three is opened by a fresh presentation – how Rome fell at the feet of Dybala. The player came as a free agent in the slump of his career – who could have expected that he would receive such a crazy reception! With this transfer, the bosses of the Romans said that it was time to reckon with them, as with the tops.

2) In second place is the presentation of Maradona to the Neapolitan public. The cult of the Argentinean in Naples was born from the first day – long before Diego led the club to the first two Scudettos in history. 70,000 fans gathered at the San Paolo stadium. Banners praising the Argentine were everywhere, because from the very beginning he was mistaken in a poor southern city for his boyfriend.

1) And number one is the presentation of Cristiano Ronaldo at Real Madrid. It was a record transfer in world football at that time. 80 thousand spectators gathered in the stands – this record of visiting presentations has not been beaten so far. The Portuguese was clearly nervous before entering the field, pressed himself against the wall and inhaled deeply. The ceremony was attended by legendary veterans Alfredo Di Stefano and Eusebio. Cristiano greeted them very sincerely.