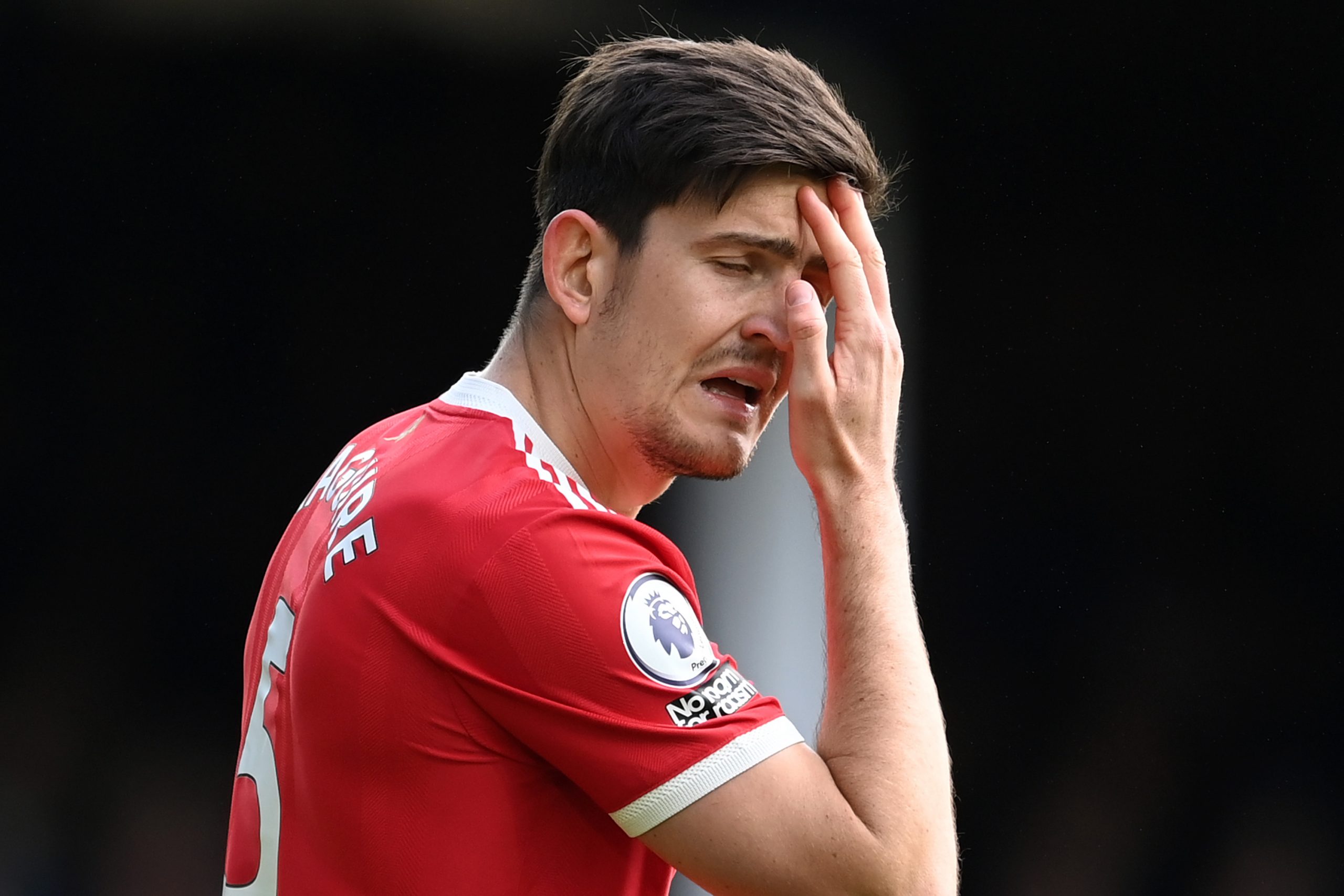 Manchester United captain Harry Maguire has endured nightmarish performances lately for the Old Trafford club and has since been reduced to the bench with the Red Devils boss giving preference to the pairing of Lisandro Martinez and Raphael Varane at the heart of the defence.

Meanwhile, the 29-year-old Englishman has not made it easy for himself after his lackluster outings for the national team with former England top defender Jamie Carragher admitting that Maguire ‘looks like overwhelmed startled bunny’ and England spot ‘may be untenable’ while urging him to take responsibility after another poor display from recently in England’s 3-3 draw against Germany in the Nations League encounter on Monday night.

According to Carragher, Maguire looks like a ‘startled bunny’ who needs to cut his losses at Manchester United and start afresh in his career.

Oddly, The 29-year-old has emerged as one of England’s star performers during their run to the European Championship final last year but he has since found himself in a slump for both club and country.

Embarrassingly, Maguire was jeered by England fans at Wembley when his name was read out prior to the clash against Germany on Monday night.

Painfully, Maguire had gone on to concede a penalty before losing the ball in the lead-up to Germany’s second goal in the 3-3 draw, a position that may have jeopardized his place in Gareth Southgate’s World Cup line-up.

And assessing Maguire’s situation, Carragher questioned whether Maguire has the mental resolve and fighting spirit to keep weathering the storm.

Writing in a Daily Telegraph column, the former Liverpool defender maintained: ‘My question to Maguire is this: “Do you still have that same fury in you?”

‘Too often, it looks as if the weight of the world is on his shoulders like he is a startled bunny more than the authoritative centre-back he was.

‘I think it is too late at club level. I wrote last year he was fighting for his Manchester United career.

‘He needs this to be his final season at Old Trafford and start afresh.

‘Now it is England’s problem. When I watched Maguire in the last two games, I felt sorry for him. But that is not a good look for any sports person.

‘Sympathy will not get him back where he was two years ago.’

Agonizingly, Maguire’s Old Trafford nightmare may be over largely because the former Leicester City stalwart defender has not enjoyed the same backing as received from national team boss Southgate where the 29-year-old is expected to almost certainly be in the squad for Qatar, he faces the prospect of going into the World Cup short on match practice.

Unlike, Southgate, Erik ten Hag has almost lost faith in his captain at least for now after Raphael Varane and Lisandro Martinez had formed an effective central defensive partnership with United winning their four subsequent league games, Maguire isn’t likely to regain his spot anytime soon.

Meanwhile, Carragher assessing Maguire had added: ‘Criticism of his performance against Germany is valid and justified and Southgate must assess if Maguire is mentally right for a World Cup, able to show he can put all the issues behind him.

‘In the past, it is something Maguire has struggled with. How can the manager make such a big call before the opening game against Iran unless Maguire is playing for his club?’