THE Federal Government is strongly contemplating the scrapping of the Maritime University located in Okerenkoko, Delta state as investigations by the National Daily reveals.
Investigations by National Daily also revealed that the Federal Ministry of Transport has been further directed to initiate series of actions that may lead to the scrapping of the Maritime University the ground-breaking of which was performed by former President Goodluck Jonathan in May.
It will be recalled that the former Director-General of the Maritime Administration and Safety Agency (NIMASA) Dr. Patrick Akpobolokemi invested over N50billion into the project while a Vice-Chancellor, Registrar and other functionaries appointed.
Again the National Daily is aware of a recent composition of a committee to verify all projects top among which are the Nigerian Maritime University, NIMASA Shipyard and Dockyard and the NIMASA Science and Technical College plus the permanent sites of the six institutes of Maritime Studies in six Nigerian Universities all these projects were initiated by the Akpobolokemi while he was at the helms of affair at NIMASA.
Also gathered in the cause of our investigations from services also revealed that NIMASA National Seafarers Development Programme (NSDP) has been heavily criticized for turning out cadets with no hope for sea-time training or employment.
The government rather than establishing a new university, our sources are strongly of the view that the Federal Government may fortify existing institutions and equip them and the maritime industry is further galvanized to create more opportunities for new entrants into seafaring.
While the committee’s findings are yet to be made public, there is doubt as to the amount invested as sources disclosed that some monumental frauds bordering on inflated contract value are being discovered.
Some Ijaw Youths last week raised an alarm accusing President Muhammadu Buhari of planning to kill the University stressing that some recent policies of NIMASA have crippled the expected take off of the Maritime university, Okerenkoko and may stop funding of the Technical College while admission processes into the two institutions may been stopped. 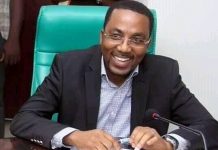 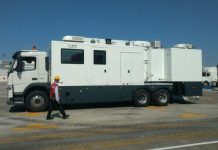 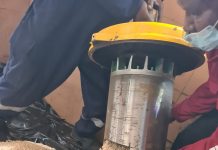