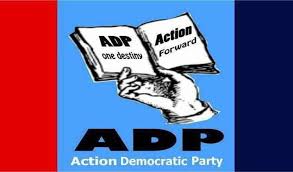 By Olanrewaju Adesanya
The Action Democratic Party (ADP), has tasked the Federal Government to retool the Federal Fire Services to evolve a more proactive approach in combating fire disaster, which is now a recurring decimal across major markets the nation in recent times.
In a statement issued by the National Publicity Secretary of the party, Prince Adelaja Adeoye in Abuja on Wednesday, he noted that, the rate of fire incidence, across the country is becoming too alarming, especially in the market areas.
The party said that, the latest fire disaster at Balogun market spanning around Bamgboshe and broad street in Lagos, could have been avoided or be put out on time, if the government had borrowed a cue from such infernos that took place in some other locations around the country.
On the part of the Federal government, there must be serious investments in the procurement of fire fighting kits and training of fire fighters, which should be stationed in strategic locations, markets and pubs across the country to immediately arrest any fire disaster, especially now that the festivities are around the corner.
Balogun Market, is one of the busiest markets in Nigeria with several corporate organizations surrounding it, on a major stretch of Lagos Central Business District, which should ordinarily have standby fire and other disaster management equipments, but that was not the case. The fire ravaged a section of the market for over seven hours, before an attempt was made to put it out.
“ADP sympathize with the traders, whose wares running into several millions were consumed by the ugly incident, also the families of the affected victims and those whose buildings were razed.
“It is our prayers that, God almighty will replenish all their losses, and give them the required support to get better and come out of this situation.”
The party commends the United Bank for Africa (UBA) and others, whose fire departments were helpful in the fight against the fire disaster, that prevented the spreading to other buildings around the areas.
ADP charged the Lagos State Government, to put measures in place, aimed at helping the victims of the inferno, while also calling on the Federal Government to conduct assessments in major markets, around the country in order to put an end to the frequent fire disaster.