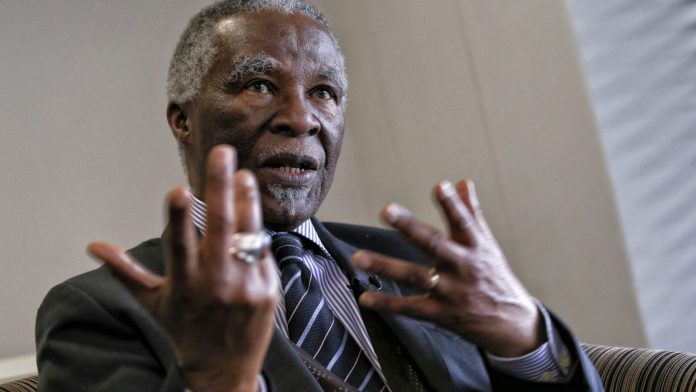 He recalled that the Nigerian government was victorious over secessionist-seeking Biafra 50 years ago and announced “that they would follow a policy of no victor, no vanquished.”

Mbeki, who lived in Nigeria for a few years in the late 70s during the anti-apartheid struggle, addressed the UN apex body on Tuesday.

He cited Nigeria among African countries where the failure to deal with diversity has been a root cause of conflicts, also blaming the current clashes in Ethiopia’s Tigray region on the failure to manage diversity.

Looking at the “painful example” of the ongoing conflict between the Ethiopian government and ethnic Tigrayans, Mbeki said: “This is exactly what Ethiopia needs.”

The former South African leader cited “the centrality of failure properly to manage diversity” in the conflicts in Congo, Burundi, Ivory Coast and Sudan.

He pointed to the 2004 report of the Sierra Leone Truth and Reconciliation Commission “which tells the naked truth, that it was as a result of the failure to manage diversity that the country experienced a very costly 11-year war which started in 1991” — and there is a similar failure to manage diversity “in the violent conflict which has been and is still going on in Cameroon.”