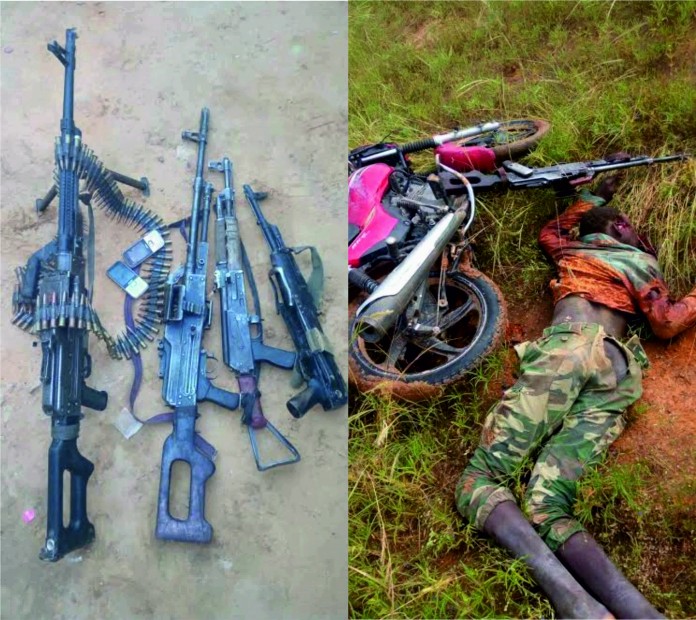 It was another feat by the military as they have successfully cleared another Boko Haram hideout from where they have been launching serial attacks on the troops and killed four of them.

Army says that the clearance was orchestrated by observed  activities of remnants of Boko Haram terrorists around Jororo and  Tombaeji villages in Geidam Local Government Area of Yobe State.

The operation carried out by troops of Operation LAFIYA DOLE were said to have come in contact Boko Haram terrorists elements  around Gajire village during which there was a  firefight  that lasted for about 15 minutes killing four of them and captured one alive.

However, the troops have continued to patrol in the general area in search of possible remnants of the Boko Haram terrorists that might be hibernating in the area.