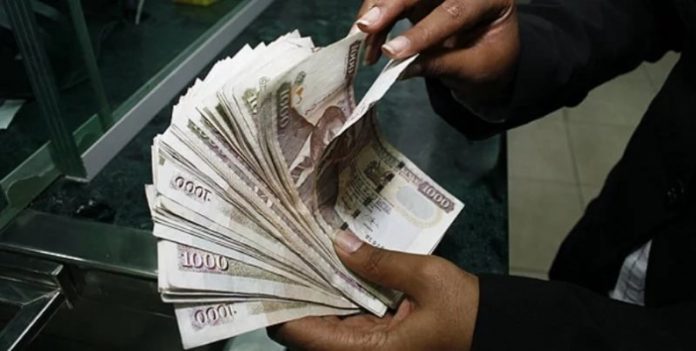 Money is a spirit, so don’t run after it, because you will not see it. If you see it, it won’t be enough, if it’s enough, you won’t enjoy it, if you enjoy it, it won’t last. So, you will end up running after money always. Rather, let money run after you. Can you see spirit? Capital No. We placed money squarely in the spiritual realm because money represents a token of participation in the economy. We learned that money is both God’s way of testing and building us.

When some people use the common phrase of; “Money is the root of all evils” I don’t know whether to agree or not. But, I am not unaware that, money has become a special attraction and evidence of doing well, particularly in a materialistic society like ours. It has blinded the eyes of many, including the so-called “Religionists” it is partly responsible for the decay in our system today, and why NIgeria is in deep mess and becomes a very bad example for the smaller countries in Africa.

From my personal experiences and observations, money is the only currency that speaks all the languages and command immediate responses, it has so much influence and value-driven. Money is good; but a society is destroyed by reason of greed, and materialism invokes unpleasant experiences. This is obviously part of the reasons why we are experiencing the present calamitous situations all over the place. When the place of money is wrongly situated and given undue prominence, the resultant effects are usually grievous.

In my privilege relationship with His Eminence, Bishop David Oyedepo the presiding Bishop and founder of the Living Faith Church World–wide, the father of faith and a prosperity messenger to the Nations of the world. Ironically, it was the same Bishop Oyedepo that destroyed materialism in me and replaced it with selflessness and service to humanity for me. This is the result of my personal encounter with the servant of God, over a period of time.

One of his admonishments to me each time I am in a meeting with him over the last two and half decades, is that, I should focus more on service. He then further explain to me how selflessness and dedication drives success. He had said, that; “God will not use you for a mighty thing and then live you a dwarf” that was the turning point in my life. I sincerely hope and pray that his messages on prosperity are not taken out of context, so that the church can continue to reflection the type of society that we desire.

There is no higher religion than human service. The best way to find yourself is to lose yourself in the service of others. Thus, the service to humanity results in the oneness. It brings hope and life to the downtrodden and the disheartened. When peace and harmony becomes the main thrust, it is most likely to generate harmonious relationship with all and sundry regardless of tribe, region or religion.

Permit me to conclude by saying that; “If someone mistreats you today, challenge yourself to be kind towards them. Don’t stoop to their level. Our actions energy defines–and they are responsible for the life we create. Don’t let anyone steal your power. If they want to give you their pain, reject it with LOVE.!