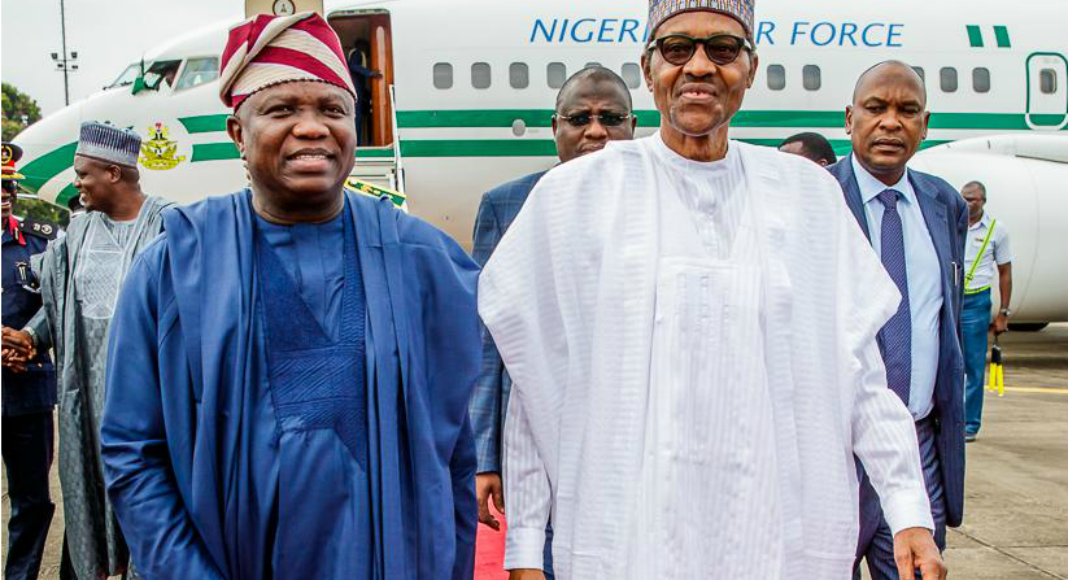 Despite being one of the darlings of the cabal in Aso Rock, Lagos former Gov Akinwunmi Ambode couldn’t make the cut in the list of ministerial nominees President Muhammadu Buhari presented to Senate Tuesday.

The conspiracy against Ambode at home, the National Daily learnt, is thick enough any attempt by Buhari to break it by appointing him could mar the party in many ways—and consequently his own government.

The reasons are obvious.

== Ambode’s attempt to undermine his maker and APC national leader Bola Tinubu by seeking help from the Aso Rock cabal is a sin—an unpardonable one. Tinubu had vowed he would resign fro the party if Buhari appointed the former governor.

== Buhari appointing Ambode against Tinubu’s will could sour the relationship between the two party leaders. Though many believe Buhari has nothing to lose, his popularity for this second term depends on the south—the south where Fulani herder crisis is heightening tension and pushing Nigeria to the brink.

The president needs Tinubu to manage the perception here, and Ambode’s appointment     could be the bargaining chip.

== The Adams Oshiomhole-led party hierarchy is forcing party supremacy at all levels—state and federal. Any anti-party behavior will cost the undisciplined politician his career. Ambode has been accused of not being a party man, of working against the state APC, and of disloyalty. So if the national vice chairmen of the party are being kicked out on similar accusation, who is Ambode?

Oshiomhole is even ruthless in dealing with his own disloyal godson Edo Gov. Godwin Obaseki.

And Buhari doesn’t like to put in his oar in this kind of situation when rude godsons are taking their just dessert from their godfathers.