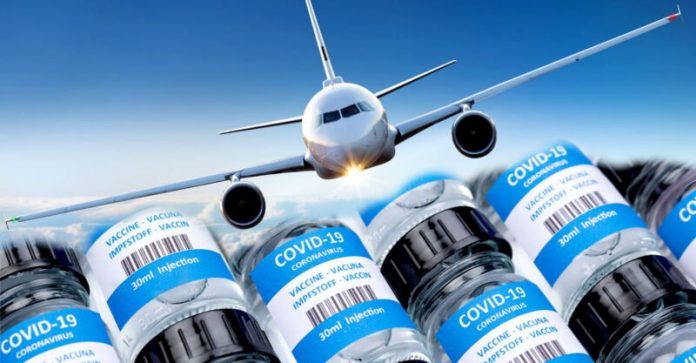 Steven Hornsby, a 52-year-old pilot with a legacy passenger airline company, was once an active weightlifter and cyclist, biking 10-26 miles every other day.

He is also a veteran of the U.S. Marine Corps and Operation Enduring Freedom. Per FAA requirements, he passed 24 medical exams in the past 12 years, including 12 electrocardiograms (ECGs).

Hornsby told The Defender, “I’ve never had any cardiovascular issues in my life, nor have I ever had any major health issues … I eat healthy and live what I believe to be a balanced lifestyle.”

Hornsby, however, is not flying today because, he said, he was “coerced … to get the COVID-19 vaccine,” and his employer “made it very clear that all employees would be required to get it and that medical/religious exemptions would be very difficult to get.”

Hornsby’s difficulties began after receiving the second dose of the Pfizer COVID-19 vaccine.

“After my second shot, I initially had zero issues, with little more than light fatigue on day two, ” Hornsby said. “The 12th day, however, was the culmination of the vaccine and the continuous stress I was adding to my heart from vigorous exercise.”

Hornsby said it took several different diagnoses from doctors and medical practitioners to make a connection between his health issues and the vaccine.

Hornsby was ultimately diagnosed with elevated blood pressure but was told he had not suffered a heart attack. Doctors advised him to follow up with a cardiologist, and told him they would not report his case to the Vaccine Adverse Event Reporting System (VAERS).

Terminated after 19 years for refusing COVID shot, former Australian pilot advocates for others

Glen Waters is a former captain with Virgin Australia who is now a spokesman for a group of employees from the same airline.

Waters, who had held the rank of captain for 19 years before being terminated by Virgin Australia for refusing the vaccine, spoke to The Defender on behalf of several pilots who are suffering from vaccine injuries.

According to Waters, “none of the pilots suffering from injuries are prepared to talk” because “the company is actively trying to terminate anyone reporting vaccine injury.”

Waters said employees whose health issues are characterized as “unrelated” to the vaccine are being treated by Virgin Australia “as you would expect a company to care for its employees.”

Waters stated “there are several reasons injured pilots will not come forward,” including:

Waters said of approximately 900 pilots flying with Virgin Australia, he is aware of nine who are no longer flying because of medical complications that could be linked to the vaccine.

“We have one captain [who had] a stroke and went blind, and another had a heart attack and fell down the boarding stairs after landing. There have been complaints of constant headaches and numerous reports of chest pains and shortness of breath.

“A number of cabin crew have reported pins and needles in their limbs, almost like electric shocks that persist for hours at a time.

In Canada, the federal government on June 14 announced most travel-related vaccine mandates would be lifted as of June 20.

In another recent development, Canadian pilot Ross Wightman became just one of a small number of people who have received compensation from Canada’s Vaccine Injury Support Program.

Wightman was diagnosed with Guillain-Barré Syndrome, a rare condition that affects the nervous system and may cause muscle weakness, paralysis or even death.

He developed the condition within days of receiving his first and only dose of the COVID-19 vaccine. For the past year, Wightman has been unable to work, as he has substantially limited mobility in his arms and legs.

Pilots continue to fly despite experiencing such symptoms, said the GAA, because those “who report their injury face possible loss of licensing, income, and career while receiving little to no support from their unions, and a prosecutorial invective from employing airlines.”