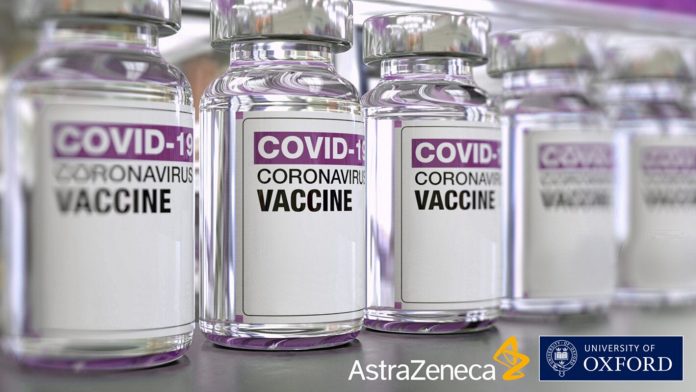 A 51-year old mother of two, Michelle Barlow has died 16 days after getting the AstraZeneca COVID vaccine, a report by Sky News has revealed.

A coroner found that the mother-of-two, Mrs. Barlow died from the “consequences of the unrecognized, rare complications of a recently administered elective and necessary COVID-19 vaccination”.

The multiple organ failure which led to her death was caused by blood clots as a result of vaccine-induced immune thrombotic thrombocytopenia (VITT) – a condition not recognized at the time of her death.

Mrs. Barlow got her Oxford-AstraZeneca dose at a mass vaccine centre in Wigan on 7 March, and slowly started to suffer side effects – including flu-like symptoms.

Matthew Barlow, one of her sons, said he found a link on Google showing that a doctor in Norway had “saved five lives” of patients suffering the same symptoms as his mother.

“If I can do that, why can’t the doctors and nurses who were treating my mother? Just go on Google,” he told the inquest at Bolton Coroner’s Court.

Dr. Mian Ahmed, a consultant at Wigan Infirmary, said if he knew then what he did now, he would have prescribed haemoglobin, blood thinners and CT scans sooner.

Once the CT scans were done, however, surgeon Dr. Marius Paraoan said he judged the clots were not treatable with surgery, telling the coroner they were “not compatible with survival”.

On 22 March, her husband Ian was told to come in by the clinical team however.

“I was told by Michelle they could not do anything for her. Then two doctors came in and explained,” he told the inquest. I said, “You have got to save her.”

Speaking after Timothy Brennand, senior coroner for Greater Manchester West, gave his conclusion, Mr Barlow said: “I’m happy and sad. I’m sad Michelle is not here. I’m happy Michelle has got the answers to what we wanted.

“It took eight months to get here, that was the vax that took Michelle.

“The COVID vaccine victims are forgotten heroes alongside the COVID victims because lessons have been learned.

“I’ve had a close friend die of COVID and my wife has died from the vaccine. I’m not saying don’t get the vax, I’m saying check it out first, if it’s right for you.”

There have been 73 fatal cases of clotting from the 24.8 million people who have had at least one dose of the AstraZeneca jab in the UK – a rate of about 0.0002% – according to pathologist Dr. Naveen Sharma.

Dr. Peter Kreppel, Mrs Barlow’s GP, who referred her to hospital, said he still would recommend she take the vaccine, as the risk of thrombosis was 100 times greater without the jab than when having taken it.