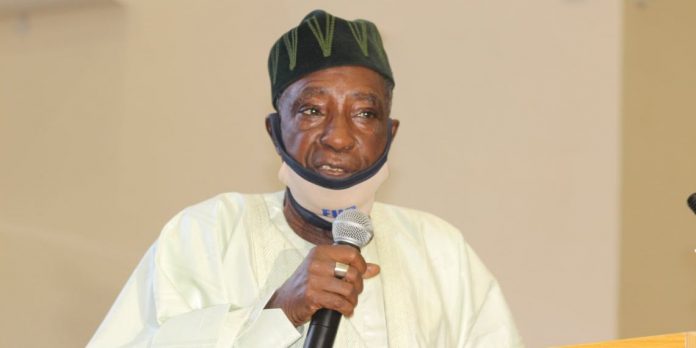 A Friday mosque in an undisclosed location ranks urgent among the projects which the ministry of agric and rural development executed in 2020.

So on Dec 10, the deputy director of procurement, Musa A. Musa, according to a letter of contract award leaked to the Punch Thursday, congratulated El-Shukhur Multi-Buz Ltd for successfully winning the bid for the project the ministry would pay N30 million.

A spokesman for the ministry who authenticated the document described as unnecessary the public outrage that followed the media reports.

“Apart from the mosque, other common facilities provided for the livestock farmers in the community include Solar Powered Boreholes with Overhead Tanks and Drinking Troughs for their cattle and small ruminants, Water Harvesting Structures, Milk Collection Center, Resettlement Abode, as well as other infrastructure to properly settle and rehabilitate the displaced livestock farmers,” said Theodore Ogaziechi,

He however failed to provide the project line items and other details in the 2020 budget—because there is none.

Section 18(14.3.1)(ii-ii) of the Public Procurement Act (PPA 2007) ensures MDAs carry out needs assessment, and identification of goods, works, and services before financial planning. In other words, projects budgeted for can only be executed.

For that year, there was no such project budgeted for in Ngarannam/ Mafa LGA of Borno where the ministry claimed it did for displaced farmers.

What makes it more unlikely is the awarding agency for the humanitarian projects: the Agricultural Seed Council

But the beneficiaries were not in Ngarannam/Mafa LG. They were in Munguno, Marte and Nganzai LGAs.

In fact of the seven projects the ministry budgeted for Borno, none was located in Ngarnnam/Mafa LG.

The Procurement Act also states only qualified contractors can bid for any federal government project.

But El-Shukhur, based in Bauchi, is not registered with the Corporate Affairs Commission. It however boasts of an office address at No 15 Jahun Quarters, Bauchi, and a Facebook account.

With all these procurement failures and official disinformation, it becomes hard to trace the contract execution, though the contractor had eight weeks to complete the construction.

The National Daily asked El-Shukhur contractor and the ministry for clarification. Neither of them responded as at the time of publishing the story.