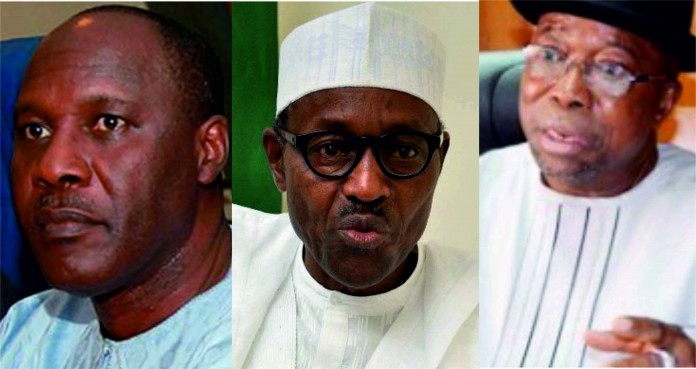 AS revelations of shady deals in the Ministry of Niger Delta Affairs during the last administration seep to the fore, the ministry’s ex-officials implicated in the audit report might have no cause for worry after plundering over N700 billion in six years.

Although the 12-man audit panel recommended individuals involved in dubious deals be punished, Minister Usani Uguru Usani has hinted that the report was not meant for ass-kicking or a witch-hunt.

“It’s to ensure transparency, accountability and to see that the various projects of the Ministry serve the purposes for which they were put in place, for the benefits of the Niger Delta people,” Usani said while receiving the audit report last week.

Usani might have taken the easy way, which is the only one out. Considering the present volatility of the region, analysts believe any attempt to shakedown the officials, especially, ex-ministers Godsday Orubebe and Stephen Oru, may stoke the ember of violence the federal government and south-south elders are trying to douse,

A lot of peace moves have been going among the elders, the Movement for the Emancipation of Niger Delta, the Niger Delta Avengers, and other militant groups in the area.

ALSO SEE: No going back on solution to Niger Delta crisis – Presidency

Part of the grouse of the militants is the APC government plan to investigate former Niger Delta politicians, including ex-President Goodluck Jonathan and his oil minister Diezani Allison-Madueke and others.

Where reports and recommendations matter, Orubebe and Oru would be called to question, especially over the East-West Road, housing projects, vocational training, coastal area development, rehabilitation of oil-impacted areas, among the 390 abandoned projectsout of 427.

Although the ICPC picked up Yusuff Agabi, the ministry’s former finance director, and four others last September–they were accused of embezzling N715 million and $100, 000their arraignment pales out compared to the cesspool of corruption unearthed in the ministry.

“The way billions of naira are mentioned in construction projects value in the Ministry of Niger Delta Affairs has become so banal that very soon, it is believed, they are likely to escalate to trillions of naira, even though the values do not appear realistic,” said the audit committee.

According to Petroleum Minister Ibe Kachikwu, the federal government and oil firms have spent about $40 billion has been spent on the Niger Delta in the last 10 years.

“As I go to the creeks, I see no infrastructure that justifies the result of the massive investments,” said the minister while addressing traditional leaders from the region who came to visit him in Abuja on Friday.

The failed investments, however, have their effects. Series of World Bank’s reports and findings over the years have established that the Niger Delta remains poorso poor the GNP per capita is below the national average of US$280 in Nigeria.

In terms of living condition, people in the region, according to development experts, are among the poorest in Nigeria. About 70 percent of the inhabitants still live in rural areas with no electricity, potable water, good housing and roads.

The Human Capacity Development Index across the nine south-south is low, too, especially in education. While seventy 76 percent of Nigerian children attend primary schools, the level in some parts of the Niger Delta has dropped, according to reports.

While all this infrastructure and development programmes were captured in the ministry’s capital budgets over the last six year it was created, nothing much has been achieved. Mere 12 percent of the projects has been completed while 18 percent stalled. Seventy percent is uncompleted. The contractors got their payouts, though.

In all N423.2 billion was paid out, leaving a balance of N320 billion. That is about 60 percent of the total payments, though 40 percent of the contracts kicked off within the six years.

“And about 80 percent of the projects are ongoing, abandoned after payments, total abdication or refusal to deliver as in the case of Youth Capacity Building Programmes,” the committee report said, with a tone disappointment.

Kachikwu, however, calls for sober reflections. “What this means is that the Niger Delta must begin to do soul-searching by asking themselves where the monies went.”

He believes there’s no point agitating like the militants are destroying oil assets to spite the government when so much money committed to developing the oil-producing region has gone down the drain, and nobody is accountable.

But in spite of all this fund misappropriation, lack of transparency in the Niger Delta Affairs ministry, and even the effect on the Niger Delta people, nobody will be punished, according to the Usani.

However, letting go of another clear case of corruption in an interventionist ministry like this will mean a lot to the critics of President Muhammadu Buhari’s administration and its boast of zero tolerance for corruption.