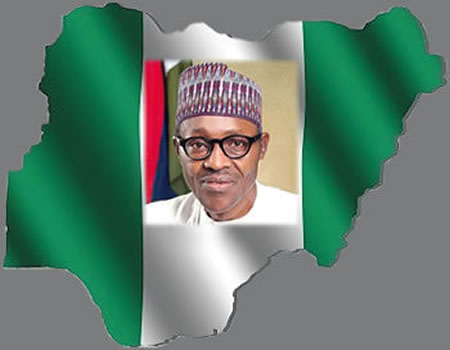 Governors under the platform of Peoples Democratic Party governors’ forum have condemned the alarming drift of Nigeria, warning that if allowed to continue, Nigeria may be heading to a failed state under the President Muhammadu Buhari led government.

The meeting was similarly alarmed that security of lives and property of Nigerians are no longer guaranteed under the present government as a result of leadership incompetence and mismanagement of the nation’s affairs.

While noting that Governors have a role to play in the handling of some of the worsening situations, they regret their hands are tied behind their backs as the entire coercive authority in the country is monopolized by the APC federal government.

Consequently, the Governors reaffirmed their conviction that an urgent devolution of powers and restructuring of the country in a way that brings together various groups and tendencies in the country appears to have become imperative and timely now as Nigeria cannot afford another civil war.

“We call on the Revenue Mobilisation Allocation and Fiscal Commission to send a new Revenue Allocation Formula that allocates more resources to States and Local Governments to Mr President for National Assembly’s action. It is a scandal that 21 years after the 1999 Constitution came into being, no new Revenue Formula is in place. Furthermore, the meeting called for a more transparent and accountable running and operation of the NNPC.

The meeting governors further condemned the intimidation of sitting Governors by the APC administration using all sorts of weapons like security agencies, unequal access to federal resources, promotion of divisions in the opposition political parties with fake promises and falsehoods.

“ We significantly condemn the double standards that are applied by the APC-led federal government to intimidate PDP controlled states. To this end, we call on Mr. President to lift the so called “No flight Zone” and other intimidating tactics, imposed on Zamfara State as similar measures have not been extended to similar states with security challenges like Kaduna, Borno, Katsina, Yobe and others. This is mostly politically motivated to ensure that the Governors move over to APC.

The meeting commended the Governors of PDP-controlled states for their innovative approaches to governance in many fields especially infrastructure, education, health, women and youth initiatives and the timely delivery of developmental projects, across the country.