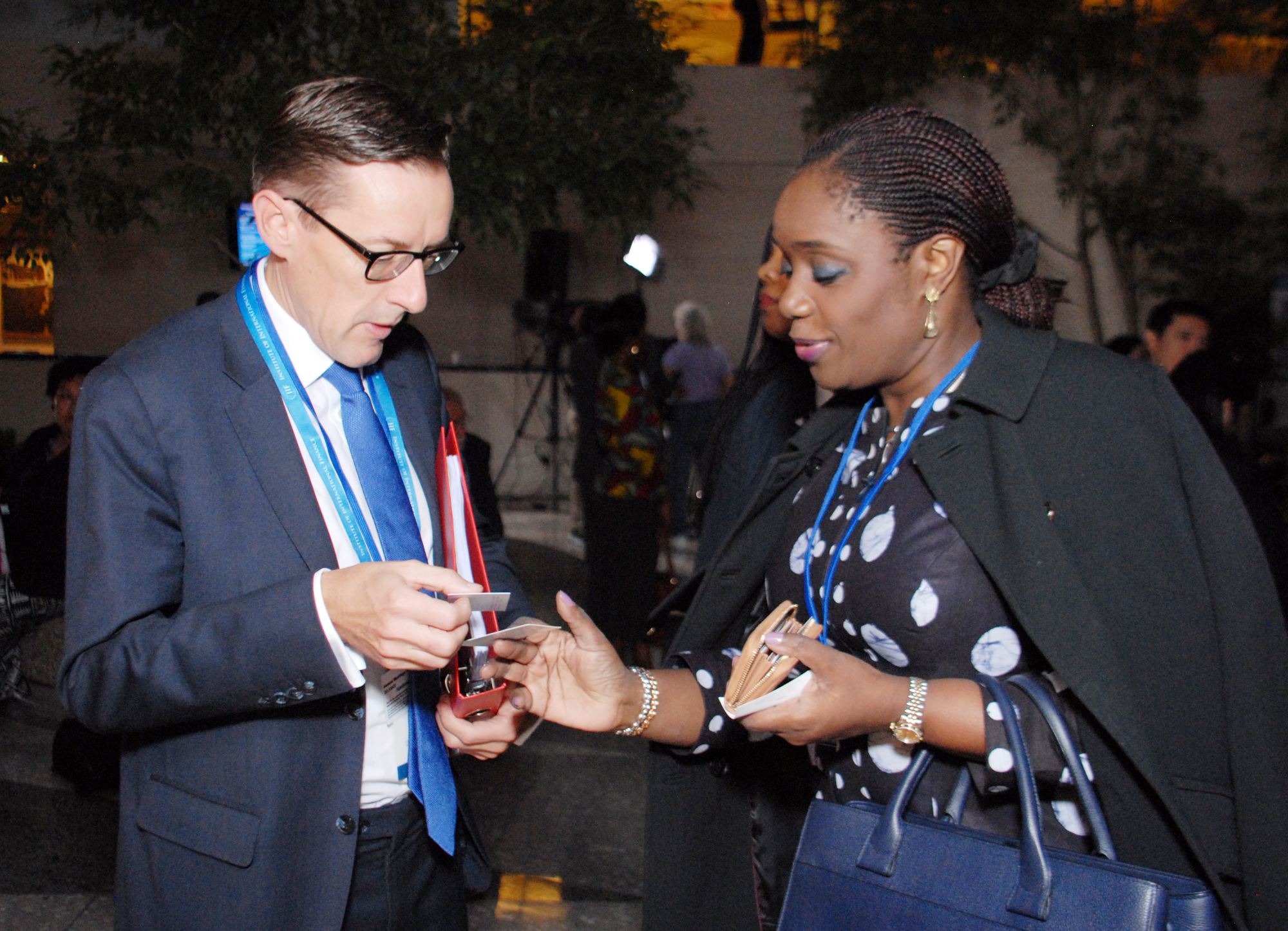 Share this on WhatsApp
Spread the love
By Kemi Adeosun
Descriptions of Nigeria’s economy often include such phrases as ‘Africa’s largest oil producer’ and ‘the oil rich African nation’ but oil economies are typically characterised by low population densities and abundant oil resources. Saudi Arabia with 10 million barrels of oil per day and 30 million people, Kuwait with 2.7 million barrels of oil per day and 4 million people and Qatar with 1.5 million barrels of oil per day and 2.5 million people are typical of such. These economies pursued an economic model that was built around a large government dependent almost entirely on oil revenue for funding. Such economies could afford to have low or in some cases no domestic revenue mobilisation, in the form of taxes.
Tax to Gross Domestic Product (GDP) ratios of less than 10% against the OECD average of 34.6% could be justified especially in the era of high oil prices.
For over three decades, Nigeria pursued this model. But things are changing, with the election of President Muhammadu Buhari in 2015, who was propelled into office under the mantra of ‘change’. That clamour for change, in the areas of governance, security and economy, coincided with the collapse of global oil prices and a consequent huge deficit in government revenues. These circumstances provided the ingredients for an overhaul of the entire economic model.  The first and rather numbing conclusion of that exercise was that Nigeria is not actually an ‘oil economy’. With just 2 million barrels of oil per day and over 180 million people, simple mathematics tells us that 90 Nigerians share a barrel of oil compared to 3 Saudis, 1.44 Kuwaitis and 1.69 Qataris. With oil at just 10% of GDP, Nigeria simply does not fit into the mould of the traditional oil economies.
Interestingly, even nations who did legitimately fit into this narrow mould of high oil revenues and low populations, are abandoning what is now considered to be a flawed model. Thus, the imperative for Nigeria was even more urgent. Nigeria recalibrated its target peer group from the oil economies to the ‘oil plus’ economies such as Mexico and Egypt. This new peer group have diversified economies and tax to GDP ratios of 20% and 16%, respectively, compared to Nigeria’s 6%. Consequently, the change mantra had to be urgently applied to revenue mobilisation.
Analysis of the data suggests that revenue mobilisation is potentially the master key to unlocking Nigeria’s huge growth potential by funding its ailing infrastructure including roads, power and rail. A cursory look at the effective tax rates paid by the huge multinational and local operators, as well as the data on illicit financial flows, indicates a pattern of systematic tax evasion at all levels. Recent statistics released by the Federal Ministry of Finance showed that Nigeria has just 14 million active tax payers from an economically active base of 70 million. Over 95% of these are salary earners in the formal sector, just 241 persons paid personal income taxes of N20m (US$65,573.77) in 2016.  Taxing the high networth and Nigeria’s huge community of entrepreneurs constitutes a critical but yet attainable target. The statistics for corporate tax payment shows the debilitating effects of base erosion and profit shifting as well as abuse of an overly generous tax incentive and duty waiver system. The historical government apathy towards revenue mobilisation is one of the effects of the mistaken identity that saw Nigeria perceive itself as an oil economy. This Administration is determined to correct this identity crisis and all its concomitant effects.
ALSO SEE: Blame Osinbajo not Buhari for lingering Senate-Ali feud, says Senator
In that spirit, we launched an ongoing and well received, tax amnesty, ‘The Voluntary Asset and Income Declaration Scheme’ (VAIDS) is affording a 9-month window for Nigerian tax payers,, both corporate and individual, to regularise their tax status in exchange for a guarantee of no interest, penalties, tax investigation or further audit. This amnesty follows successful initiatives in a number of countries, where tax evasion is a problem, such as Indonesia, Argentina, South Africa and India. It has been programmed to end just as the Automatic Exchange of Information, which will provide Nigerian tax authorities with unprecedented levels of information on offshore assets, becomes effective.
The initial signs suggest that Nigerians are responding positively to the new revenue narrative. Despite the emergence from a recession, tax revenues are showing early signs of growth. VAT shows 18.97% year on year improvement. Over 800,000 companies, including some Government contractors, that have never paid taxes have already been identified and are being audited. This is an unprecedented initiative that entails cooperation between Federal and State Governments. The Federal Ministry of Finance has also commenced a database project that combines data from the various arms of government including bank records, property and company ownership, and customs records to create accurate profiles of those liable to pay taxes. The Ministry has also placed one of the world’s premier private investigation agencies on retainership to trace overseas assets.
Changing the Nigerian economic psyche is not an easy task. By its nature, tax mobilisation risks the popularity of any Government, but the present Administration understands that the short term lure of political expediency must give way to the long term best interests of Africa’s largest economy. Her energetic, young and growing population are deserving of the chance to experience a truly transformed, sustainable and growing economy.
Kemi Adeosun is Nigeria’s Minister of Finance
Share this on WhatsApp
Related Topics:Crude OilFinance Minister Kemi AdeosunOil and Gas
Up Next