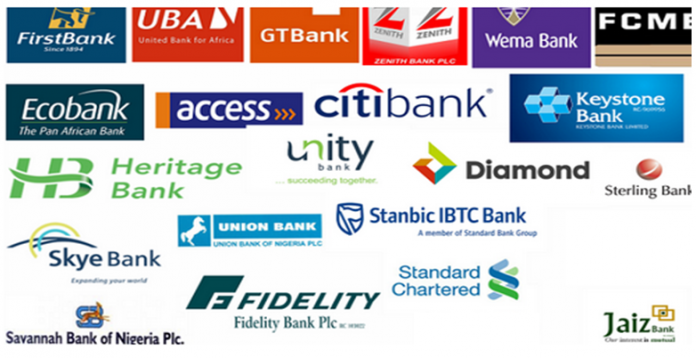 Daddy NaetoChukwu! Goes the lovely echoes of my name since becoming a Dad five years back.

Then knowing the familiar lovely voice to be from my Wife, I responded. Then she narrated her ordeals with the banks and how they gradually fleece and incrementally rob her of her deposits in the name of different charges once a transaction no matter how insignificant is conducted in these banks. The banks operate like organised criminal gangs.

My Wife Ugo was obviously not happy at the exploitative nature of the commercial banks in Nigeria and strongly canvassed a reformation of this awkward banking formula. I stood speechless and looked at her with consolation.

I was lost of words at first but rapidly regained my balance and control of my faculties before my emotions get a better of me.

Not knowing how to comprehensively  console her, I then delivered to her my own version of similar experiences with the banks and we then expressed collective grief that the Central bank of Nigeria under the current t administration has been turned into a tax collector charged with the harsh mandate of stealing from the poor to enrich the few elites and those in political offices who are the set of privileged Nigerians that corner the substantial amount of the nation’s Wealth for doing next to nothing but collude with their fronts in the organised private sector to collectively deal with the citizens. These banks robbing us are the same that gobcao in hand begging newly elected national legislators to collect loans from their vaults so as to settle down in the expensive Federal Capital Territory ruled by incompetent bunch of Ministers. But they collude with the politically tainted administrators of the Central Bank of Nigeria to consistently device dubious means to steal from depositors.

We were actually in the middle of this debate when I got a message from the Daily Trust Foundation and I opened the mail to read only to discover to my amazement that it is an article expressing strong disapproval of the same topic of exploitation of the citizens by the banks. There is a widespread disenchantment amongst Nigerians that these criminal taxation by commercial banks in Nigeria with the backing of the ruthlessly inefficient Central Bank of Nigeria is a scheme to impoverish the people and expose them to the vicissitudes of economic adversity.

This scholarly and analytical report stated that the few banks in Nigeria have raked in N22 billion just as the depositors are groaning with different types of charges from these banks.

The Daily Trust Foundation stated that Customers of different commercial banks are groaning over excessive charges from their accounts.

The financial institutions known as Deposit Money Banks (DMBs), says the Daily Trust Foundation in corporate parlance have reportedly introduced different deductions to increase their incomes, a development that did not go down well with customers.

While some customers reluctantly accept stamp duty deduction, others spoken to said that additional charges for maintaining a bank account were unbearable.

A recent attempt by one of the commercial banks (Access Bank) to recover three months of stamp duty from its customers sparked an outrage, which eventually forced the bank to jettison the effort and reverse the deductions already made.

Apart from stamp duty, bank customers also pay Value Added Tax (VAT) charges applicable to all vatable transactions in their accounts. The VAT rate stands at 7.5 percent in compliance with the Finance Act.”

This report, brief as it is, had clearly offered a bird’s eye view of the ordeals that Nigerians go through in the hands of these banks by way of multiple charges just as the Central Bank of Nigeria and the President, Major General Muhammadu (as he then was) are colluding and actually doing nothing to ameliorate this grave economic exploitation of the people of Nigeria.

Then there is this other side to these practices of exploitation by these finance institutions which brings us to the inquiry on the functions and responsibilities of the Central Bank of Nigeria.  My search proved successful.

Here are the fundamental functions of CBN as recorded by NigerianInfoPedia.

The 10 Major Functions of the Central Bank of Nigeria reported by  Ibukun Italoye on September 28, 2019 are: (1) CBN prints money, the writer said this is the first main function of the central bank is the printing of Nigeria’s currency. Not only to print but to also ensure that the money is evenly distributed throughout the country.

They ensure that the country must at least have printed currency at any time. Once this key responsibility is met, it gives room for the CBN to perform other functions

Secondly, the writer reports that another function of the Central Bank is to ensure that there’s a normal value of the country’s currency when compared to foreign currencies. This can be achieved by making sure that the policies, environment and business or monetary atmosphere are favourable.

The fourth function of the CBN is that it serves as government’s bank because the analyst says it’s impossible for any government to partner with other commercial banks according to the country’s constitution. Thereby leaving government no option than to partner with CBN. Also, the government of the day does this by depositing all it realized from taxes collected from citizens and every other income realized from businesses it engaged itself in the bank.

Fifthly, the CBN formulates monetary policies to regulate the country’s economy even as the primary function of central bank of Nigeria with respect to monetary policy making guides the influx of money into the country. This requires a very high level of concentration from the management and decision-making segment of the bank.

This, according to the writer, is because too much of money in circulation is not the best for any economy as it leads to deflation while shortage of money leads to inflation. Officials in charge of policy making must be aware of the country’s economic situation. They have to be intelligent to make brilliant decisions.

Sixthly, CBN the reporter says Supports government in budget preparation just as the reporter recalls that Once the government makes budget for a year they look up to the central bank for help and for advice on what may be the outcome of its budget.

Before we continue, let us therefore ask why the Central bank of Nigeria under the current administration involved in this dubious scheme of over taxing and burdening Nigerians with charges by commercial banks? What are the functions of the CBN as a regulatory body or is it created to kill off the citizens through illegal taxes?

The seventh function if the CBN is that Provides loan to government. And the eight function us that CBN sets interest rates. Ninth function is that the CBN Serves as apex bank to other commercial banks and lastly, CBN ensures great relationship with foreign banks

The CBN, according to the writer ensures that there is a cordial relationship between itself and foreign banks of other countries. Should there be any unwanted situation financially, the bank will feel free to borrow money from the foreign bank without any hitch.

These are the 10 most important functions of Central bank of Nigeria, but there are other roles that hasn’t been mentioned the reporter disclosed.

It is regrettable that Godwin Emefiele’s Central bank of Nigeria is not bothered about the series of theft of depositor’s money by banks but is in the same bandwagon with these lawless and wicked banks to under-develop Nigerians doing businesses with the commercial banks.

Recently around January, the Central bank of Nigeria published guidelines on these exploitative charges by commercial banks in Nigeria thus giving these commercial banks the authorisation to go on robbing their depositors.

In a memorandum from the CBN, Nigerians were told that a set of new CBN regime of banking charges against customers for services rendered is expected to start on January 1st, 2020.

Under the new Central Bank of Nigeria’s (CBN) guidelines, the regulator of banks in Nigeria reportedly had instructed banks to slash withdrawal fees usually charged after the third withdrawal from Automated Teller Machines (ATM) within the same month. This semantic gymnastics mean nothing because the charges are still very outrageous.

In the new directive contained in the new Guide to Bank Charges, the CBN stated that the withdrawal fee charged for the use of other banks’ ATM has been reduced from N65 to N35.

Card maintenance fee has been reviewed to N50 every three month (quarterly), from the initial monthly period. The guide released by the CBN contains major changes on electronic transactions’ charges in Nigeria.

A graduated fee scale for electronic transfers to replace the current flat fee of N50 will begin, as transfers below N10,000 will attract a maximum charge of N10; and transfers above N50,000, N50.

Bill payment via e-channels will attract a maximum charge of N500 from 0.75 per cent of the transaction value subject to a maximum of N1,200.

Report in January said that Fidelity, Union Bank, Wema were some of the commercial banks that  had immediately  complied, as they have sent messages to their depositors in preparedness for January 1, 2020, commencement of the new charges, which cut nearly all applicable fees by the lenders significantly.

Meanwhile, CBN had said that the revision of the Guide to Charges and strengthening of the Consumer Protection Regulation was necessitated by continued evolution in the financial industry over the past few years, which has spurred innovation and the introduction of new products, channels and/or participants.

As far as customers of these banks are concerned, the commercial banks are just pen robbers. Sadly, the National Assembly is almost dead and not concerned about issues of the welfare of the citizens. I recommend that citizens should begin to demand for redress using their people’s power and civil protests. The Social media is a veritable tool to be deployed to reject some of these criminal charges by banks in Nigeria.  Nigerians should also learn to file cases in Court to challenge this broad day robbery.

*Emmanuel Onwubiko is the Head of the Human Rights Writers Association of Nigeria [email protected];www.emmanuelonwubikocom;www.thenigerianinsidernews.com;www[email protected] 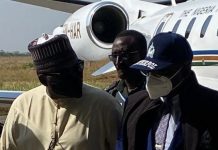 Admin -
A Federal High Court in Abuja has disqualified Chukwuma Francis Ibezim as the candidate of the All Progressives Congress (APC) in the Imo North...