The Nigeria Army is on manhunt of five soldiers who deserted the military after they were said to have robbed a VIP they were assigned to escort from Sokoto to Kaduna. They are wanted for prosecution over the robbery.

The Army in a preliminary statement declared: “the under listed soldiers of operation HARBIN KUNAMA III Sokoto were detailed on escort duty from Sokoto to Kaduna at about 1500 hours on 11 July 2019. The VIP was in a white Hilux while they were in a Buffalo gun truck.

“The soldiers connived and robbed the VIP at gun point. “They abandoned the gun truck at the airstrip in Jaji. They have since scattered in different directions including Jos, Plateau State, Suleja, Niger State, etc. as indicated in last geoloc tracking:

“All the soldiers were attached from ICC.
“All formations and units are requested to direct their men to be on the lookout for these deserting soldiers. They are to be apprehended and escorted back to 8 Div for prosecution. Formal sigals will be sent, accordingly.” 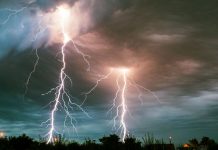