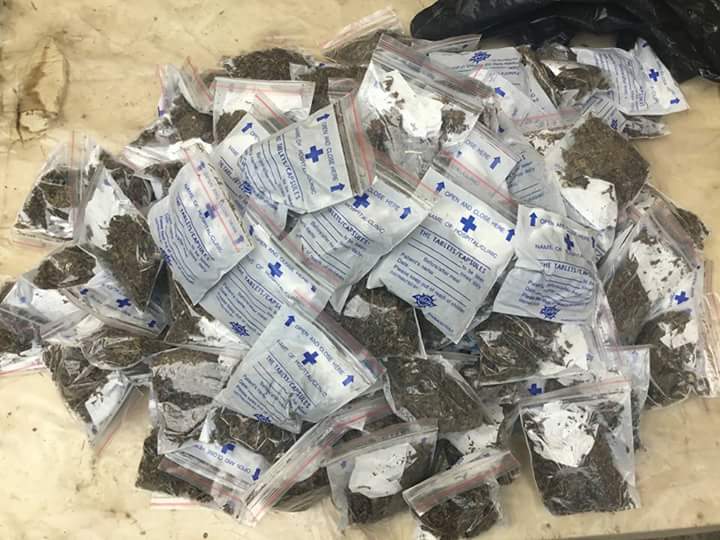 The Enugu State Command of the Nigerian Correctional Service on Friday debunked a report that its officers were smuggling Indian hemp and alcohol into its custodial centres.

Its Public Relations Officer, DSC Monday Chukwuemeka, stated in Enugu that the false and malicious allegation was published by an online medium.

“The attention of the Command has been drawn to a report alleging that the officer-in-charge of Enugu Custodial Centre heads a cartel smuggling Indian hemp, alcohol and mobile phones to inmates.

“The report is false, malicious and unpatriotic.

“The command under the leadership of Mr Nicholas Obiako, the Controller of Corrections in Enugu State stimulated a sting operation to entrench discipline among staff.

“It was conducted in conjunction with the officer-in-charge of custodial centres/stations in the Command, including the Enugu Custodial Centre.

“The operation led to the arrest of a member of staff, Osmond Ifeoma, at the Enugu Custodial Centre as he tried to smuggle some substances suspected to be Indian hemp into the centre.

“He was tried and handed over to the National Drug Law Enforcement Agency for prosecution as the command has zero tolerance for any act of trafficking,’’ Chukwuemeka stated.

He added that the fabricated falsehood by the online publication that three trucks of prohibited items were taken into the centre on March 14, 2022 showed the mischief of the author.

“The said date, March 14, 2022, was a Monday when all vehicular movements and activities are usually grounded in the southeast. How then did the truck transit on that date?

“It was a combined team of the Controller and that of the Officer-in-Charge of Enugu Custodial Centre that arrested the suspect, Ifeoma.

“The accusation by Ifeoma that it was the officer-in-charge of the custodial centre that leads the cartel smuggling Indian hemp and alcohol to inmates is an unsellable defence,’’ he stated.

Chukwuemeka urged the public to disregard the publication as the handiwork of mischief makers.

He stated also that the Command had been working to ensure that bad eggs were identified and made to face the law.

Man arrested for assaulting his father