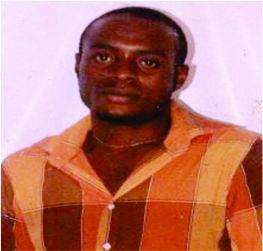 AS the remains of Benson Obodeh was lowered into mother earth at Ubierumu, Uromi in Edo state the family members are calling for justice over the death of their son who was gruesomely murdered about 154 days ago in Benin City, by a combined team of the Special Anti-Robbery Squad (SARS) on a phantom claim of receiving stolen car.
Prior to the petition written to the Inspector General of Police, Solomon Arase, and subsequent investigations that followed, four police corporals were found guilty in an orderly room trials and were dismissed from the force and handd over to the Edo Police Command for prosecution. They are presently been detained at the Oko Prisons in Benin City pending when they are arraigned in the court.
The officers involved are Corporals AdelekeAdedeji, Abena John, Henry Shobowale and Oniya Musa.
An autopsy conducted at the University of Calabar Teaching Hospital on the 30 September, 2015 and signed by Dr Ushie D.E (UCTH, Calabar) dated 2nd October, 2015 gave the cause of Benson’s death as “Severe Multiple Blunt Injuries.”
However, Benson’s family are not done yet as they have written another petition through their lawyer, Festus Keyamo, dated 21st October, 2015 calling on the Inspector General of Police, Solomon Arase to bring to book other officers that aided and abetted the murder of their son. Similarly, they thanked the police authorities for listening to their cry which culminated to the dismissal of the four policemen who killed Benson.
In the said petition, entitled “Re-Extra judicial murder of late Benson Obodeh need to invite other officers involved from Edo Command”, the family expressed dismay over the exclusion of some officers who were mentioned by witnesses to have played pivotal role in the arrest and murder of the late Benson. “We consider this an error on the part of the investigating police officer.”
Officers identified to have been directly involved, linked, collaborated or gave order for the murder are the former Commissioner of Police, Edo state, Samuel Adegbuyi, Deputy Commissioner of Police, Don Awuna (DC CID); OC Legal Edo state, Deputy Superintendent of Police (DSP) Kenneth Dika; former PRO, DSP Stephen Onwochei, now DPO at Ekiadolor; OC SARS, DSP Solomon Omatseye (who was said to have ordered the murder) and Constable Joseph Omotosho.
Similarly, in another petition dated 26 October, 2015 and addressed to the IGP titled: “Re-Extra judicial murder of late Benson Obodeh, a deliberate attempt to cover up other officers involved from Edo Command,” the petition signed by John Ainetor Esq, Assistant Head of Chambers raised the fact that “we want to register our displeasure on the conduct of the earlier investigating team headed by DCP Undie Adie.
They averred that the  team that came from Lagos did not act solitarily in the murder of late Benson. It added that “the Edo state police Command assisted and provided the platform for the late Benson to be murdered.
In the petition, the family explicitly explained the role each of the above officers played that culminated to the death of the victim.
It concluded by stating emphatically that “It is mindboggling, an abuse to intellect and a grand plan by the investigative team either as a result of coercion or gratification to cover up the roles played by these officers and subvert the cause of justice.

Admin -
The corruption controversies in the Niger Delta Development Commission (NDDC) may be generating tension as the Nigerian Presidency makes move to dissolve the Interim...