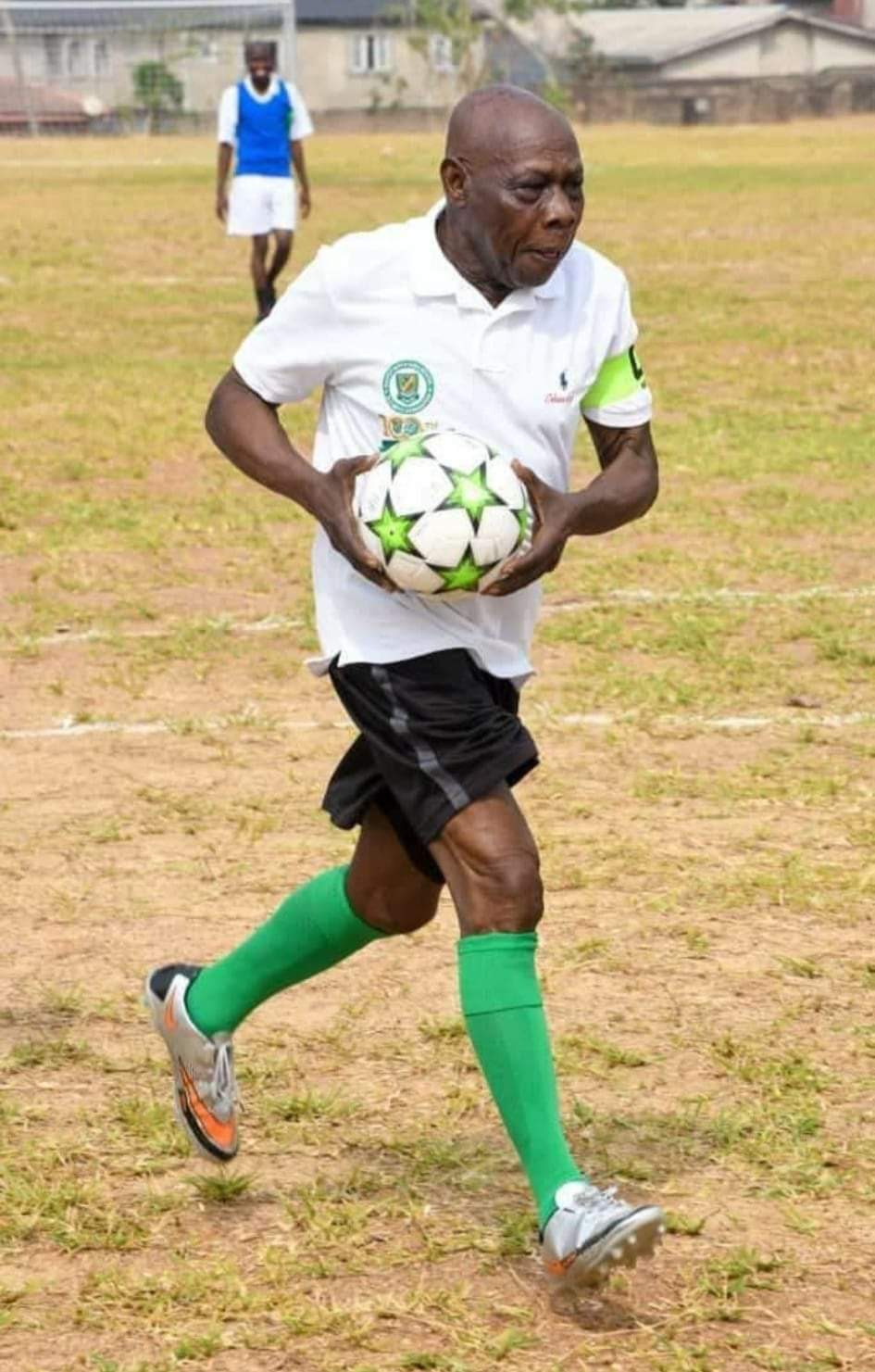 Former president Olusegun Obasanjo, on Monday, led the alumni football team of the Baptist Boys High School Abeokuta in a football match against the teachers of the school.

In a viral video on social media, the team of the former president won the match 3-0.

Notable old students of the school who were part of Obasanjo led soccer squad include Bukola Olopade, a former Sports Commissioner in Ogun State and Hakeem Akintunde, who is Chairman Sports Writers Association of Nigeria (SWAN), Ogun State Chapter among others.

He played from the right side of the attack, showing flashes of how efficient he was in his playing days, while Akintunde, a veteran Sports journalist was also seen to be at his best as the soccer encounter lasted.

Nigerians in South Africa express outrage over invasion of embassy