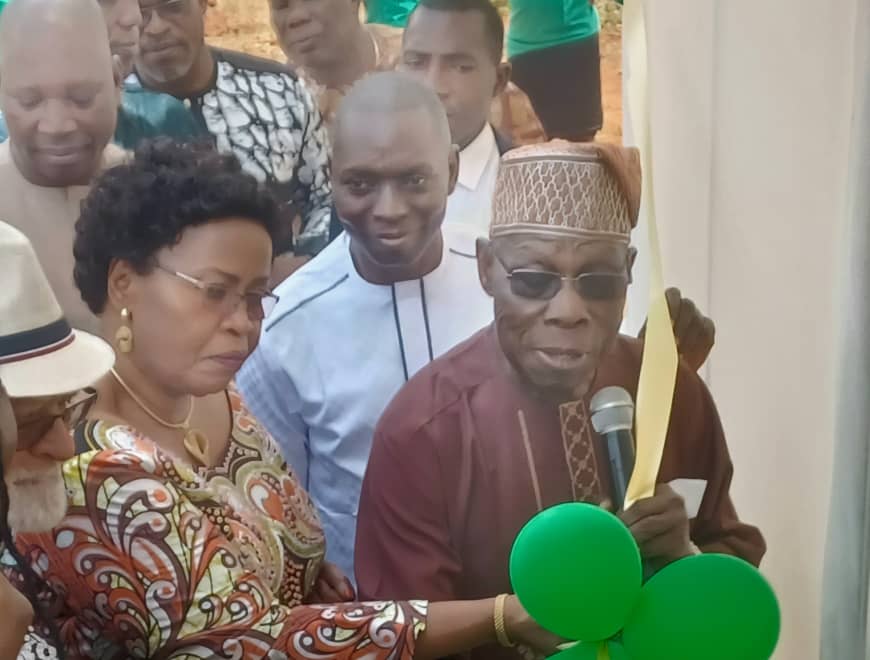 The country’s agriculture sector received a major boost at the weekend with the commissioning of the new cassava breeding technology (Green House Technology) at the Olusegun Obasanjo Farms, Owiwi in Ewekoro local government area of Ogun State.

The new technology can produce about 3m plantlets of cassava annually, Kehinde Akinyemi, the Special Assistant on Media to the Nigerian former President, Chief Olusegun Obasanjo disclosed in a statement on Monday.

The new technology puts the country behind the Democratic Republic of Congo (DRC), making her the second in Africa to have such new farm technology in the continent.

The project; Semi Autotrophic Hydroponic Facility for Cassava Stem Multiplication, under the Technology for African Agric Transformation project is in partnership with the IITA and was first introduced to the DRC, which the government accepted and adopted into practice.

At the commissioning ceremony, Obasanjo commended the IITA under the leadership of its outgoing Director General, Dr. Nteranya Sanginga for his foresight in bringing the technology to Africa.

The former President assured that “as we can see that it is evolutionary, we are taking the product of research and we are bringing it to commercial production for our needs and others.

“This is a technology that can grow cassava and reach its maximum level. This particular species can give you 30tons per hectare and that is what we are on with the consultant,” Obasanjo said.

The Executive Director of Obasanjo Farms,  Dr Adeyemo Jamiyu extolled the former President for his vision for Agriculture,  stressing, “Baba has at today see Agriculture as an agric business and what we are witnessing today is just part of that vision.

“So today, we are seeing that aspect of the breeding operation in the crop sector with cassava as a point of reference,” Adeyemo said.

“At full capacity, the screen house has the potential to hold about one million plantlets, which is planting materials for 50ha, and this volume can be repeated 2 to 3 times a year. So, this can produce about 3million plantlets annually,” Obasanjo said.