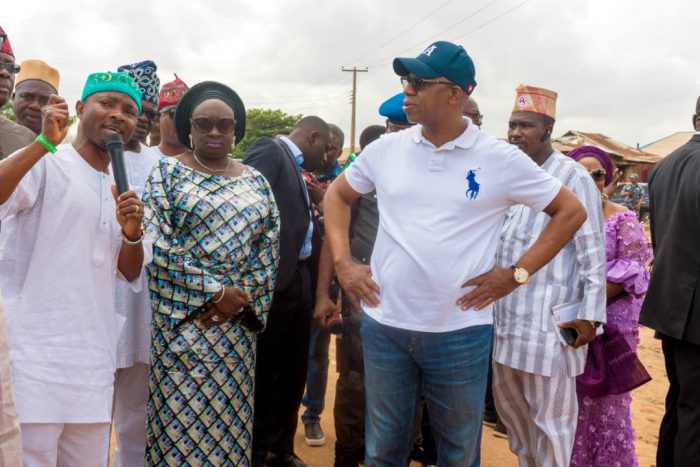 Dapo Abiodun, the governor of Ogun State, has vowed to go after and prosecute those responsible for the violent clash in Agosasa, a community in Ipokia local government area of the state over the town Obaship squabble.

Clashes had erupted in the town at the weekend over the next Oja of Agosasa, leading to the death of at least one person.

The violence also left some residents with injuries, while property worth several millions of naira were reported to have been destroyed.

Governor Abiodun in a statement on Wednesday, in Abeokuta, by his Chief Press Secretary, Kunle Somorin, condemned the violence and declared that anyone found culpable in the skirmish will be arrested and prosecuted according to the extant laws of the state.

The governor noted that Ogun has been known to be peaceful and serene for investment, saying his administration would not allow any individual or group of individuals to thwart the peace being enjoyed in the state.

Abiodun, who expressed his dissatisfaction over the incident he described as unfortunate, said there are legitimate channels issues of obaship can be addressed without recourse to violent clash.

Abiodun equally wondered that despite his incessant calls that violence must not be seen as a viable option to settle grievances, some persons under the guise of vying for a vacant stool of Oja of Agosasa, espoused the intra communal clash.

He reiterated that his administration would not allow breakdown of law and order, vowing that perpetrators of the Agosasa mayhem would not go unpunished.

The governor, while calling for calm in the town, said he had directed the police in the state to restore peace in the town, ensure normalcy and fish out those behind the violence with the view of prosecuting them accordingly.

He, however, assured the residents of the Agosasa that adequate security will be provided, urging them to remain calm and go about their normal businesses, without fear.