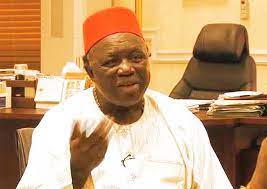 The Secretary General of the Ohanaeze, Ambassador Okey Emuchay, in a news briefing after the meeting at the National Secretariat, announced the date of burial of the late President General of the Ohaneze Ndigbo had been fixed or February 10 in Imo State.

Professor Obiozor died at the age of 80 years. He was elected into office on January 9, 2021.

The group also announced that the late Deputy President General of Ohanaeze Ndigbo, Joel Krocham, who died on the 27th August, 2022, at the age of 74, will be buried on Saturday, 4th February 2023 in Rivers State.

Ambassador Emuchay who described the passing on of the two great sons of the Igbo nation as a big loss, said that the Ndigbo will honor them with befitting burials.