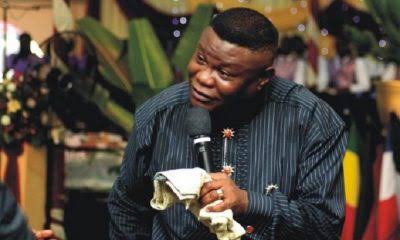 President Muhammadu Buhari, governors and royal fathers were yesterday accused of not doing enough to curb killings, kidnapping and banditry.

Giving a wake-up call, the Presiding Bishop of The Redeemed Evangelical Mission (TREM), Dr. Mike Okonkwo, blamed the worsening security situation in the land on laxity and lack of concern on the part of the Presidency, governors and traditional rulers.

According to the former Pentecostal Fellowship of Nigeria (PFN) President, “nothing would happen” until every level of leadership takes ownership of the problem of insecurity in the land.

He alleged that leaders have been living in denial and that the level of insecurity in the country requires a concerted effort to tackle.

Okonkwo said: “We must rid our country of these people who are perpetuating this evil; then, we’ll come to a headway.

“It’s a situation that is staring every Nigerian in the face. The situation is grinding everyone to a halt.

When the problem of this country is handled from tribal, religious, political or personal sentiment, we miss the whole point and we go nowhere.

“Anyone who says there are no issues in Nigeria is either blind, deaf, or dishonest. We’re having a security situation which seems as if no one has an answer to.

“These people didn’t drop from the sky; they came from somewhere. They will shoot people on the highway and  run back into the bush in a state where somebody is governing?

“If we are not up and doing and stop saying it does not concern me, all of us would be in trouble.”

The cleric noted that governors and traditional rulers should own up to the problem and stop crying foul.

“Every day, they’re crying and I’m tired of their crying. Do something. That’s why they’re leaders,” he said.

Okonkwo, who described the situation in the country as “scary”, said its “disturbing” that the President could be hearing about all the kidnappings and killings and still be silent.

“I’ve also been wondering, because if I’m the one, I’ll be talking,” he said.

On the rising wave of kidnapping, the cleric said: “I’m wondering in my mind: could it be that some people, who are not herdsmen, have hijacked this thing to make money?”

El-Zakzaky, wife out to India