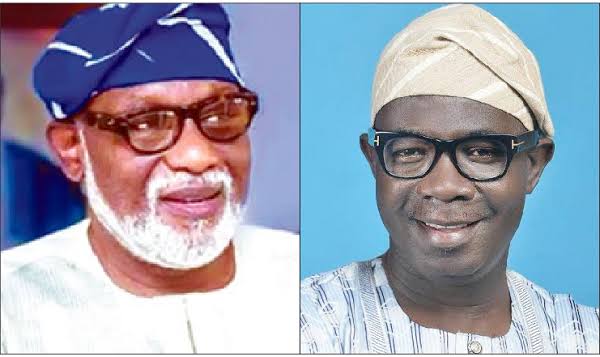 The Deputy Governor of Ondo State, Agboola Ajayi, has continued to compound the woes of Governor Rotimi Akeredolu in his second term ambition. The deputy governor who had defected from the All Progressives Congress (APC) to the Peoples Democratic Party (PDP), now on his way to another party, has complicated the process of his impeachment by the Ondo State House of Assembly allegedly at the instance of Governor Akeredolu.

Meanwhile, the strength of the governor appears to be solely on the APC lawmakers in the state House of Assembly. Accordingly, the leadership of the House has been imposing suspension on the loyalists of the deputy governor in the Assembly to weaken his strength. The House, thus, suspended Leonard Akinribido, representing Ondo West Constituency 1 in the House of Assembly. The suspension is coming after three PDP members in the House had earlier been suspended.

National Daily gathered that Akinribido is the only member of the Zenith Labour Party (ZLP) in the Ondo State House of Assembly, the party the deputy governor is being insinuated to  be defecting to from the PDP for the governorship ticket in the state election.

The leadership of the House claimed that Akinrobido the Assembly suspended the lawmaker for gross misconduct, including and the use of vulgar language during legislative session. Akinrobido was restrained from entering the premises of the House of Assembly during the period of the suspension.

The leadership of the State House of Assembly had earlier suspended three lawmakers, including the Deputy Speaker of the House, Iroju Ogundeji, on similar offence in July.

Deputy Governor Agboola Ajayi had lost the PDP governorship ticket to Eyitayo Jegede. He has since then been linked to reports on dumping the PDP for the Zenith Labour Party (ZLP).