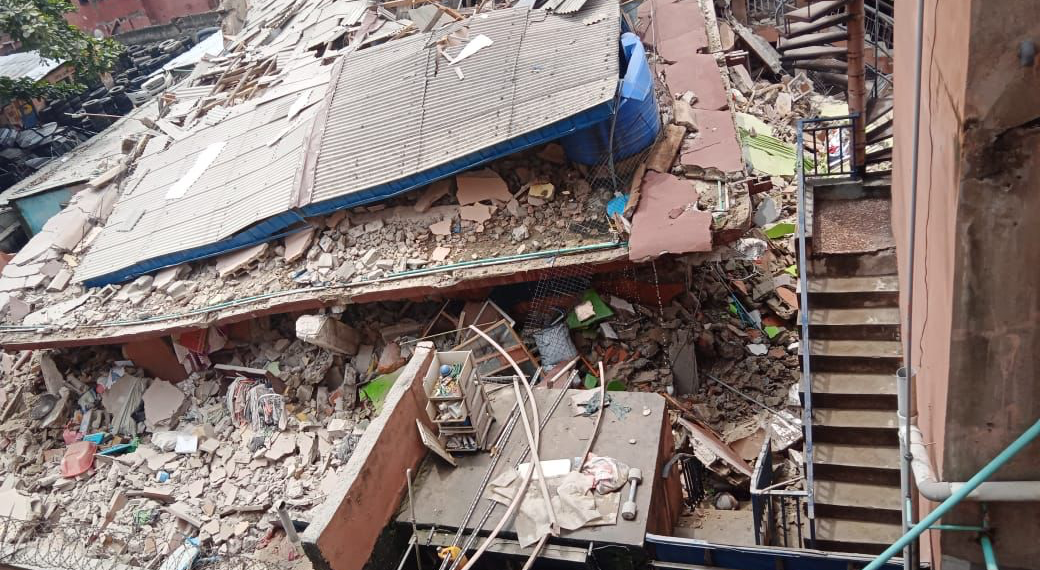 One person was reportedly killed when a one-storey building collapsed in the Ikeja area of Lagos State on Thursday.

The Permanent Secretary in the Lagos State Emergency Management Agency (LASEMA), Dr. Olufemi Oke-Osanyintolu, who confirmed the incident in a statement, said one person died when the one-storey came down at No. 12 Aromire Street, Ikeja.

He blamed the accident on construction work carried out on the site by unskilled workers.

The statement read: “The Agency swiftly responded to the emergency call immediately; it was escalated and activated its emergency response plan by deploying its responders to take full control of the situation.

“Unfortunately, an adult male reported to be a welder lost his life instantly at the scene. His remains were recovered and removed from the scene.

“The post-disaster assessment conducted by the Agency’s Team indicates that the building does not pose any threat to adjoining buildings. The building was cordoned off and Lagos State Building Control Agency (LASBCA) and Nigeria Police were contacted for further action.”