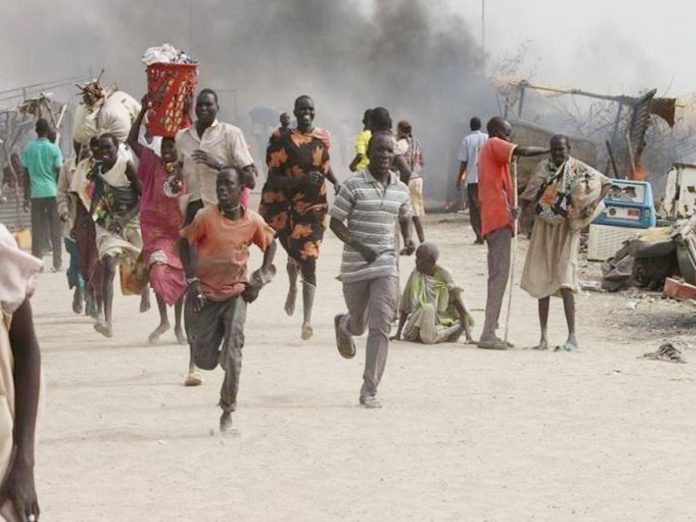 Share this on WhatsApp
Spread the love
Suspected Fulani herdsmen have abducted a student of Abia State University, Uturu, Abia State, and also shot and killed a student of Marist Comprehensive Academy in Abia state along Ihube road in Okigwe LGA.
According to a report by Punch, the bandits also robbed motorists and passengers who were en route to Port Harcourt from Enugu and from Okigwe town to Enugu, respectively.
Marist in a statement on Sunday morning confirmed the killing of one of its students.
The statement read, “Some students from Marist Comprehensive Academy, Uturu, Abia State were attacked by armed bandits around Ihube road in Okigwe LGA on their way from a Final Religious Profession of some Marist Brothers.
“In the course of the robbery attack, one student in the person of Edeh Donald was shot and he later died.
READ ALSO: Hunger, anger grip bandits; criminals mount roadblock for food in Katsina
“Three other students were injured. They are receiving treatment and they are responding to the treatment.
“We pray God to guide and protect Nigeria citizens.”
When contacted, the police spokesperson in Imo state, Micheal Abattam, said it was a robbery attack and not a kidnap operation.
Suspected Fulani had June 10, 2020, kidnapped scores of travellers on the same spot.
They were en route to Owerri from Enugu when the bandits struck.
They had also in April kidnapped a catholic priest, Izuchukwu Onyeocha, who is a professor of Sociology at Imo state University in Owerri.
The priest who was released days later confirmed that he was kidnapped by Fulani herdsmen.
Share this on WhatsApp