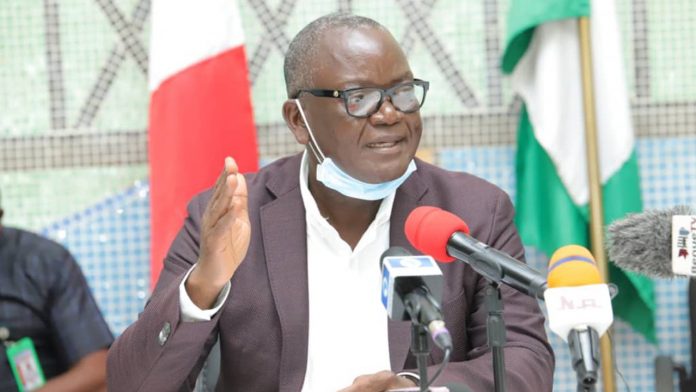 Ortom is seeking N50 billion as general damages for libel and N10 billion as exemplary and aggravated damages against Akume, his predecessor. .

This is the second time he is going to sue a member of the ruling APC.

APC former national chairman Adams Oshiomhole was the first he sued for defamation. The two settled out of court later.

For Akume’s, the writ of summons was backed by a 17-paragraph statement of claim.

In the statement of claim, Governor Ortom is seeking a declaration that the text of Senator Akume’s press conference on 30th August, 2021, in Abuja and the reports in various national dailies is scandalous, malicious and injurious to his person.

In defence of President Muhammadu Buhari whom Ortom peppers with accusation of Fulanisaion and Islamization regularly, Akume, during a press conference, accused his state governor of siphoning Benue’s security votes, and yet complains of Buhari not securing the state.

Ortom, however, complained that the press conference was intended to lower his estimation before right-thinking members of the society and to expose him to hatred, contempt and ridicule.

The governor is seeking perpetual injunction restraining the he former governor  or tany agent, servants or privies from similar or further publication of any defamatory statement against him.

No date has been fixed for the case yet.