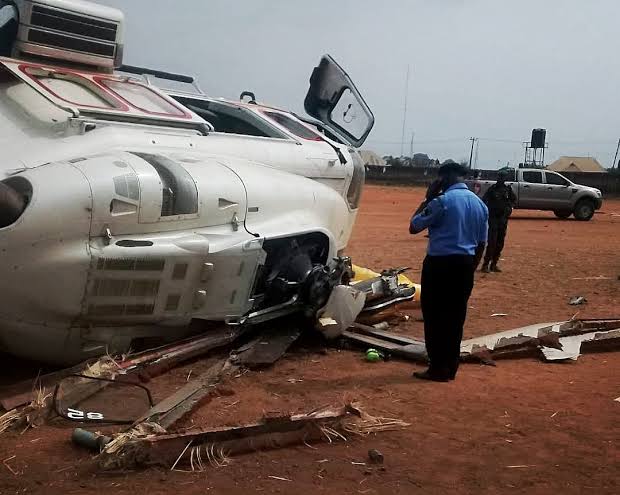 The accident is the second air mishap the vice-president will survive in eight months, after surviving the first in June 2018.

On June 7, 2018, the chopper conveying the vice-president from the Nigeria Customs Command and Staff College, Gwagwalada, Abuja, was forced to land few seconds after takeoff.

In this recent crash, National Daily that Senator Babafemi Ojudu, the VP’s aide, and Physician to the VP’s wife were onboard the craft.

Speaking after the incident, Osinbajo, a professor of law and pastor of the Redeemed Christian Church of God (RCCG) returned all glory to God for keeping him and his team safe.

“All thanks and glory to God, the chopper we boarded today from Abuja just crash landed in Kabba, Kogi State, and the entire crew plus myself are all safe,” Osinbajo said.

“We are continuing with our Next Level Engagements and plans for Kogi State.”

At the time, Laolu Akande, VP’s senior special assistant, explained that the vice-president avoided using his chopper from Gwagwalada where he had gone for an official assignment back to the Presidential Villa due to “technical reasons.”

He said the vice-president returned to the Presidential Villa by road and continued with his schedule.

“On his way back, it was decided, for technical reasons, not to fly the chopper that had brought him to the venue. He drove back to the Presidential Villa and continued his schedule.”