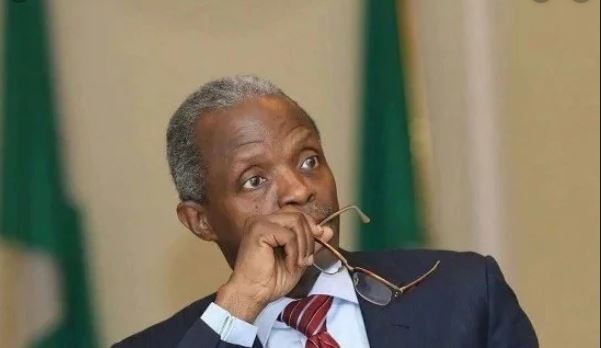 The Vice President, Professor Yemi Osinbajo SAN, has been going through seeming political turmoil in the past few weeks, which has been generating devastating consequences on his person and office. There are seeming indications that the fireworks against Osinbajo within and outside the All Progressives Congress (APC)-controlled federal government, including blackmail and covert sabotage suspected to frustrate the office of the vice president, may be putting Vice President Osinbajo under pressure to resign, making him rise to fight back.

The Vice President seems to be struggling with adjustment to the situation which, perhaps, made him volunteer to set aside his immunity to clear his name from the spreading accusations of alleged ‘fraud’. However, the statement seemingly strengthens the opponents to intensify their attacks on the vice president.

The Obla committee controversy raised ceremonial impasse over purported investigation of the vice president before the panel was dissolved by President Muhammadu Buhari and Obla, then, having the duty to also clear himself from the corruption allegations against him.

Then, Governor Nasir El-Rufai of Kaduna State came up with a ridiculous Yoruba proverb of a seeming demystified masquerade playing god but reduced to less than human. The ridicule was made at a time that there was mass protest over perceived alterations of the executive powers of the vice president.

Then, there were insinuations of grey records in some of the social schemes being coordinated by the vice president.

While these insinuations and allegations have not been properly investigated, the personality of the vice president is being drawn into the mud.

Then, erupted the accusation by Timi Frank, former Deputy National Publicity Secretary of APC, alleging that  Osinbajo was given N90 billion for electioneering campaign in the 2019 general elections by the Federal Inland Revenue Service (FIRS).

Vice President Osinbajo, perhaps, under pressure, subsequently subscribed to taking an unconstitutional but ethical process to defend himself. “I will waive my constitutional immunity to clear my name,” VP Osinbajo had said.

A statement on Wednesday from the Office of the Vice President indicated that the VP in a tweet declared: “in the past few days, a spate of reckless and malicious falsehoods have been peddled in the media against me by a group of malicious individuals.

“The defamatory and misleading assertions invented by this clique had mostly been making the social media rounds anonymously.

“I have today instructed the commencement of legal action against two individuals, one Timi Frank and another Katch Ononuju, who have put their names to these odious falsehoods.

“I will waive my constitutional immunity to enable the most robust adjudication of these claims of libel and malicious falsehood.”

Timi Frank insisted that he stands by his statement, saying that he has been fighting corruption over the years, and that he has sufficient information. “I was former deputy National Publicity Secretary of APC. I have been fighting corruption for many years. I have too much information about this country; I have too much information about this system. I will not reveal my source; I will meet him in court,” Timi Frank had said. He also noted that the Office of the Voce President has strong propaganda structure.

Meanwhile, the consensus across the polity is that the only way the vice president can set aside his immunity is to resign. Some stakeholders, however, observed that since the FIRS had responded to the allegation by Timi Frank on the N90 billion election fund, the vice president could have left it at that.