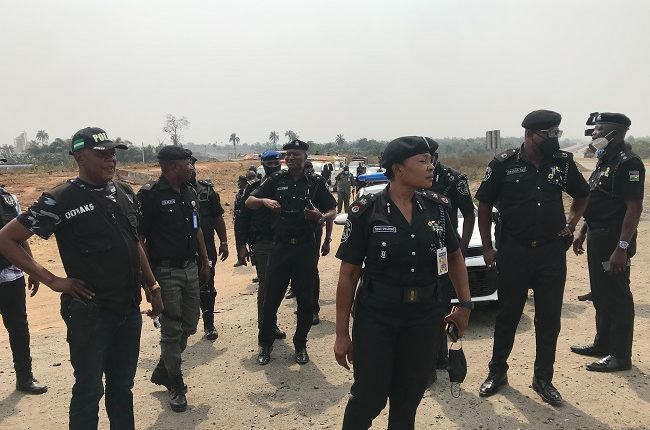 After several reports of kidnappings along the Lagos-Ibadan expressway, the Commissioner of Police in Oyo State Command, Ngozi Onadeko, has said her command has deployed anti-kidnapping squad and tactical teams on the road for them to be at various points and also patrol both sides of the road.

Onadeko, who visited the highway on Tuesday, said that her presence was to put in place a kind of routine check on policemen deployed to the road to ensure the visibility of the operatives and ensure enough patrolling.

”We have deployed Anti-Kidnapping Squad and other tactical teams to the area. And we have been working in concert with adjoining command in Ogun State.

The visit today is just a routine check to see if the men are doing what they are supposed to be doing. On Monday, the DC, Operations was here. Today, I decided to come just to make members of the public and the commuters know that we are here and we will safeguard them.

We will make the way safe and secure to our humanly possible best, for them to have free and safe ride between Lagos and Ibadan.

Even at that, I still come out at night to check that they (police operatives) are there and doing what they are supposed to do. We believe that seeing us more on the road will allay people’s fears. Patrolling is not in the daytime only. It’s done at night.”she said

She also disclosed that the command’s operatives had combed the Onigaari bush three times with local hunters and vigilantes and other non-state actors since the kidnap that occurred about two weeks ago.

Onadeko added that the combing was not being done only in Ibadan, as it had been carried out in the Ibarapa zone as well as Iseyin, Kisi and Ijio in the Oke Ogun area.