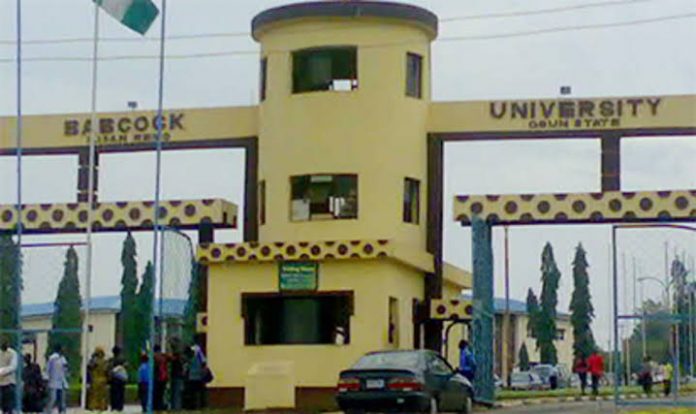 Parents and guardians of students of Babcock University have described as extortion the mandatory N25,000 per student being charged by the school per student before resumption.

The letter signed by Dr. Folorunso Akande, Vice President, Financial Administrative Bursar of the University, stated that students who were expected to come in on Sunday, September 20, ahead of resumptions on Monday 21, would not be allowed in except they present the teller for the compulsory Covid-19 test payment.

Reacting to the letter, Engineer Silas Osuji, parent of two students at the University called on the Federal Government to intervene and come out with a clear guideline regarding Covid-19 and school resumption before other universities copied what Babcock is doing.

According to some of the parents, such payment will not detect the virus or stop the spread of the virus because students would have entered the campus even before the result of the test is released.

Mrs. Esther Effiong also said “I was laid off from my place of work two months ago. Since then, I have been struggling to make ends meet. The students are going to spend only 6 weeks in school and the school authorities are insisting we still pay the full money and now they are talking of another N25,000. Honestly I never expected this from a Christian school.”

Dr. Foluso Adebayo said, “In this country, people always take undue advantage of every situation. This looks like a scam and the government should quickly come in before other schools see Covid-19 as an avenue to make quick money”.

Defending the School’s action however, the Director of Marketing and Communication of the university, Dr. Joshua Suleiman, confirmed that it asked students resuming for the first semester of the 2020/2021 academic session to pay N25,000 for a COVID-19 test.

“We have the capacity in terms of certified human and materials resources, infrastructure and efficient structures to screen for COVID-19 for credible results. Our returning students are arriving on campus in phases. The first batch will arrive on 20/21st of September. These are students in 400L, 500L and 600L. The second batch will arrive on 25th. These are students in 200L and 300L”.

Debunking claims that the School may not be able to control the spread of Covid-19, Suleiman said Covid-19 results take about 24 hours to mature, and until the result is out, a student remains in a separate room.

Investigations reveal that a normal COVID-19 test costs between N40, 000-N50,000, however, the government has been providing this service free to encourage people.