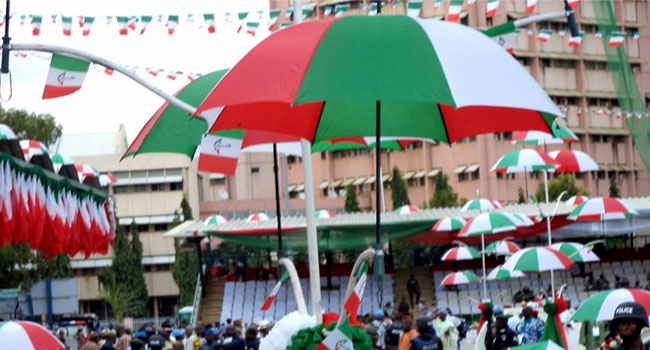 The Peoples Democratic Party (PDP) will on December 10, 2021 inaugurate the new National Working Committee (NWC) of the party which members were elected at the national convention of the party in Abuja.

The PDP National Publicity Secretary-elect, Debo Ologunagba, speaking on Channels television on disclosed this on Wednesday monitored by National Daily from Lagos,

Noted that the new NWC led by Iyorcha Ayu will assume office in December as the tenure of the current NWC members elapses same month.

The emergent PDP National Publicity Secretary emphasized that the two-day retreat the PDP held for the new NWC members in Abuja was for the reorientation the incoming NWC members of the rudiments of the party’s internal system, as well as initiate stratagem for the rescue Nigeria from the misgovern of the country by ruling All Progressives Congress (APC) in the past six years.

Ologunagba had highlighted: “The retreat is to rescue and rebuild Nigeria. That is basically the message to Nigerians.

“Secondly, to have an appraisal of the mission and vision of the party.

“Thirdly, to have a conversation between the party leadership and the stakeholders as to why we got to where we are and how we can move our party, and more importantly our nation forward, having regards to the monumental failure and the rudderless leadership of this government called APC.”

He maintained that the PDP has been re-positioned to rescue and rebuild Nigeria and end the suffering of the citizens imposed by the bad leadership of the APC.

According to Ologunagba: “So, it is for us to have soul-searching, reappraise our processes, look at our connection with our people and move the country forward, latching on that theme ‘rescue and rebuild Nigeria’.

“We all know that Nigeria requires rescue. It’s been captured as it were by lies and propaganda, by ineptitude, reckless, and uneducated leadership.

“Nigeria now will be digitalised by the PDP government and that is why we had the retreat.”