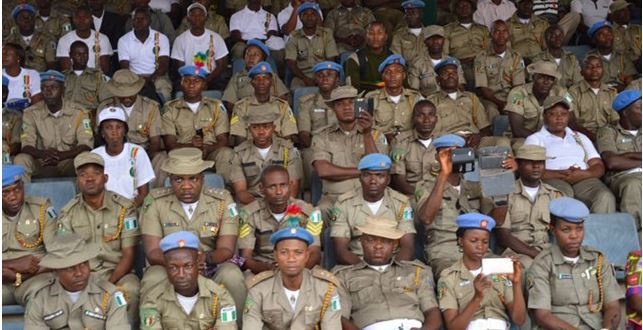 The controversial Nigerian Peace Corps bill has finally been jettisoned as attempt by the House of Representatives to override President Muhammadu Buhari failed on Thursday.

The House of Representatives which boasted it would override the veto of the Buhari could not achieve its aim.

The bill seeks to turn the Peace Corps, currently a non-governmental organisation, into a government para-military agency.

The bill, which was passed by the National Assembly amidst controversy was rejected by President Muhammadu Buhari, who refused to sign it into law.

Buhari in February refused to assent to the bill because it was a duplication of duty and could conflict with the functions of the existing security outfits – the police and the Nigeria Security and Civil Defence Corps (NSCDC).

On Thursday, the bill failed to pass the second reading at the House of Representatives.

The bill was sponsored by Emmanuel Orker-Jev (APC, Benue) and passed by the National Assembly in 2017.

In separate letters to the Senate and House of Representatives, Mr Buhari also cited security concerns and financial implications amongst reasons for his decision.

The bill was transmitted to the president in December 2017 by the Clerk to the National Assembly, Sani Omolori.

The Nigerian police had remained opposed to the legalisation of the corps.

On February 17, 2017, it stormed the organisation’s headquarters in Abuja and arrested its head, Dickson Akoh, and about 49 other members.

The police accused Mr. Akoh of using the Peace Corps, registered as a non-governmental organisation, to swindle young job seekers and operate as a para-military agency.

Mr. Akoh, who denied the allegations, was later granted bail.

Share this on WhatsApp
Related Topics:Peace Corps billPresident Muhammadu Buhari
Up Next