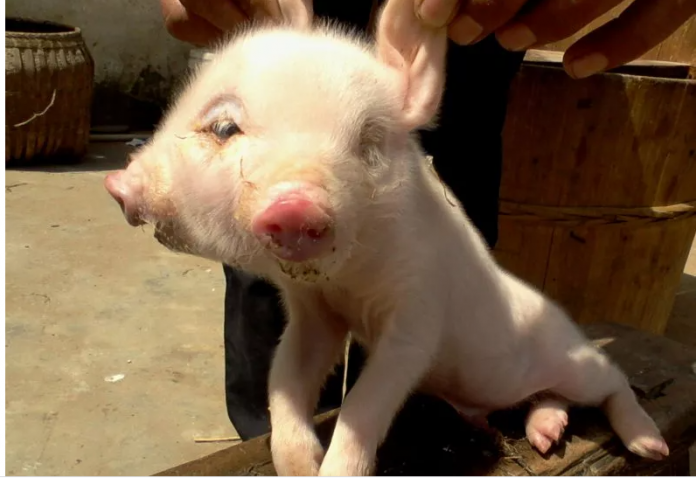 “Rare things you may see on the pig farm,” wrote hog farmer @skeeterscooter, sharing the clip just two days ago.

“Normally, the ones that I’ve ever seen, I’ve never seen them alive,” said the farmer in a follow-up video. “They’re always stillborn, but this one was alive so it was just something that I thought was interesting to see.”

The pig died shortly after the video was taken, according to the farmer. “It died of natural causes. I did not put it down,” he said.

Polycephaly is the condition documented, in which an animal is born with more than one head. The condition is rare and an animal often does not live long when born with it.

The video was originally filmed in 2017, but the TikTok user decided to share it on the platform days ago, after deciding it was “something cool to share,” and “something rare to see on a pig farm.”

“This makes me kind of sad,” commented one TikTok user, while other viewers dubbed it “scary”.

Little is known about the exact cause of polycephaly but it’s believed to be caused by either an embryo splitting incompletely or two or more embryos fusing together.