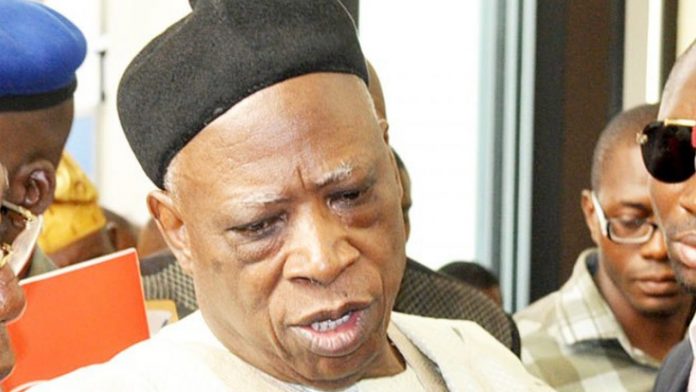 “There’s nothing our presidential candidate has done with regards to returning his forms that is not within the confines of the law of the land,” he told newsmen at Aso Villa when he took Ekiti governor-elect to President Muhammadu Buhari on Monday.

“Everything we’ve done so far, we have done very carefully with legal consultation and we are cocksure, we’re not going to have the kind of speculation that you are professing at this point in time.

“We’re very comfortable with what we have done. It is still pessimism. However, not in that school of thought yet. We don’t have to be there.”

It has been reported the party’s presidential candidate Asiwaju Bola Tinubu picked Kabir Masari as his running mate to Bola Tinubu.

It was however added Masari is a temp, and he will soon withdraw for a stronger sidekick.

INEC said all it takes a sworn affidavit Masari is withdrawing—not just been substituted.