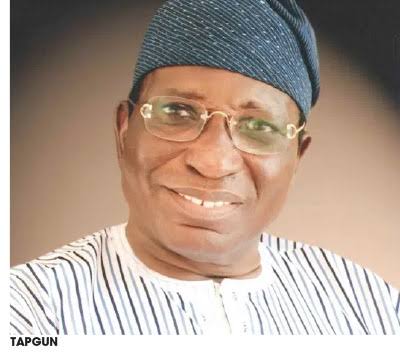 A former Governor of Plateau State, Amb. Fidelis Tapgun, has warned the newly elected exco of the People’s Democratic Party (PDP), not to jettison the zoning arrangement of the governorship seat in the State.

Tapgun is giving the warning ahead of the 2023 gubernatorial elections.

It would be recalled that the Plateau PDP lost the 2015 governorship election owing to the fact that the then governor, Jonah Jang insisted on ignoring the zoning arrangement in the State, an act that cost the party to lose the governorship election which it has dominated since the return of democracy in 1999.

However, speaking to journalists at the weekend in Jos, Tapgun, a former Minister of Trade and Industry, said the PDP is back on track after concluding a successful State Congress without rancour.

He said the party is sound to take over power in 2023 only if the exco will allow the wisdom of the Plateau project to continue to guide them to victory.

“PDP is better than what it use to be. I think the party has gotten it’s footing back on track. But I pray no one will deceive them into doing what will make the party offend the Plateau electorates come 2023.

“I have no problem with anyone, all I do is to continue to advise the party on fairness, equity and justice: and I will continue to do so until the end of time”, Tapgun said.

Our correspondent reports that the race for 2023 has began with the both the ruling APC and the opposition PDP concluding their State Congresses.