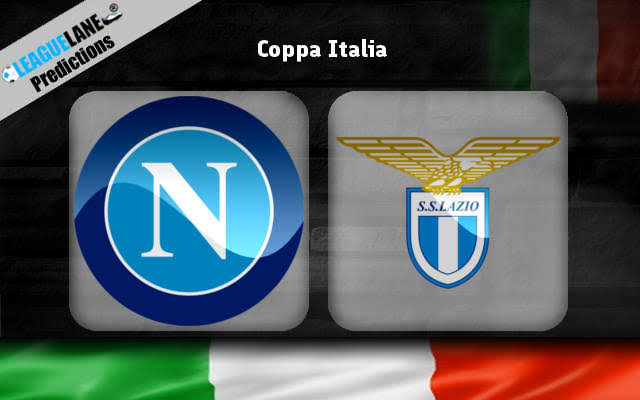 Lazio will be looking to snatch second on the final weekend of the Serie A season when they end their 2019-20 campaign away to Napoli on Saturday night.
The Rome giants are currently fourth in Italy’s top flight but sit just a point behind second-placed Inter Milan and could therefore claim the runners-up spot with a victory in Naples.
Napoli have finished second in three of their last four Serie A campaigns, while they have not been outside of the top six in Italy’s top flight since claiming 12th in 2008-09.
The Blues will finish seventh regardless of what happens this weekend, and there is no question that it has been a disappointing league season for the Italian giants, who have lost 12 of their 37 games thus far.
Napoli did beat Juventus to win the Coppa Italia last month, though, and are still in the Champions League, with their European campaign set to resume against Barcelona on August 8. The last-16 tie is delicately poised following a 1-1 draw in the first leg in Italy, and it should be a fascinating battle to make the quarter-finals.
Gennaro Gattuso’s side will enter this match off the back of a 2-0 defeat at Inter Milan on Tuesday night, while they also lost at Parma on July 22 during a disappointing run of form.
Gli Azzurri have actually lost six of their 18 home league games this season, boasting just the eighth-best record in their own stadium, which has certainly played a big role in their problems.
Lazio, though, have enjoyed an excellent domestic campaign, picking up 78 points from their 37 matches to occupy fourth, and they are chasing second heading into the final weekend of the campaign.
As mentioned, I Biancocelesti are fourth in the table, a point behind second-placed Inter, who will travel to third-placed Atalanta on Saturday for what is a huge contest.
A draw between Atalanta and Inter would see Lazio claim the runners-up spot with a win in this match, but Atalanta and Inter would make sure of second with a victory of their own, meaning that the White and Blues are relying on other results, which is not an ideal situation to be in.
Lazio finished eighth in Serie A last season, while they have not ended a campaign higher than third since winning the title in 1999-2000, which is an indication of their improvement this term.
Simone Inzaghi’s side, who have won their last three in Italy’s top flight against Cagliari, Hellas Verona and Brescia, will be determined to claim second but even fourth represents an excellent campaign as they prepare to return to the Champions League for the 2020-21 season.
Napoli were without Dries Mertens against Inter through suspension, but the experienced forward is available for this match and should return, while Gattuso is also expected to make changes elsewhere.
Allan and Jose Callejon are both in line to make the starting XI, with Arkadiusz Milik expected to drop out in the final third, while Diego Demme’s midfield spot could be under threat.
The home side did not pick up any fresh fitness concerns against Inter, but Kostas Manolas and Fernando Llorente remain unavailable for selection on the final weekend of the Serie A campaign.
As for Lazio, Stefan Radu, Lucas Leiva and Senad Lulic remain on the sidelines through injury, but the visitors do not have any new injury concerns ahead of this weekend’s contest.
It would not be a surprise to see Inzaghi select the same XI that started against Brescia on Wednesday night, with Joaquin Correa again lining up alongside Ciro Immobile in attack.
Immobile is chasing history this weekend as he scored his 35th league goal of the campaign against Brescia, leaving him just one short of the all-time record for Serie A goals in a single season, which is currently held by Gonzalo Higuain, who struck 36 for Napoli in 2015-16.
Napoli possible starting lineup:
Meret; Hysaj, Maksimovic, Koulibaly, Mario Rui; Elmas, Allan, Zielinski; Insigne, Mertens, Callejon
Lazio possible starting lineup:
Strakosha; Patric, Luiz Felipe, Acerbi; Lazzari, Milinkovic-Savic, Parolo, Alberto, Jony; Correa, Immobile
There is no question that it is a bigger game for Lazio than it is for Napoli, who will finish seventh regardless of what happens this weekend. We are expecting a close game in Naples but fancy the visitors to collect all three points, which could see them claim the runners-up position behind Juve.