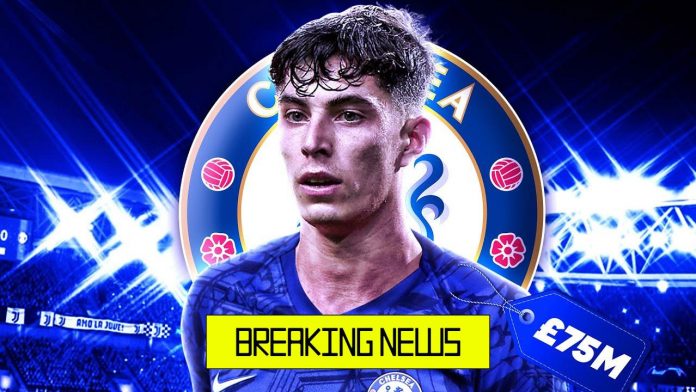 The successful arrivals of both Hakim Ziyech and Timo Werner from Ajax and RB Leipzig respectively to Stamford Bridge have given Chelsea fans the reason to anticipate a successful campaign ahead of next season.

Amazingly, Chelsea who have been linked with a move to secure the services of Kai Havertz from Bayer Leverkusen have remained determined to fortify their squad even further.

Reports reaching National Daily reveal that the transfer of Havertz to Chelsea is as good as done if the claim from his fellow Germany international Leroy Sane is something to be trusted.

National Daily can confirm that the 21-year-old Havertz is touted to join Chelsea for a fee of around £90 million in search of new challenge, though a deal between the two clubs has not yet been officially confirmed.

Sane who was quizzed on his unveiling as a Bayern Munich player on Thursday on why German players are so in-demand in the Premier League with Timo Werner having already signed for Chelsea this summer went further to throw light on Kai Havertz transfer to Stamford Bridge.

“I think Germany has always had very good young German players,” he began.

“Many young players get their chance and develop well in the Bundesliga. I think that with Werner and Havertz, two Germans in one year, Chelsea did a good job.”

The above assertion has ended up lightning up fans at Stamford Bridge largely because Havertz will no doubt be an excellent addition to Frank Lampard’s Chelsea side given a successful transfer from the Bundesliga.

The 21-year-old who scored 17 times while creating nine goals in all competitions for Bayer Leverkusen this season has enjoyed an outstanding campaign.