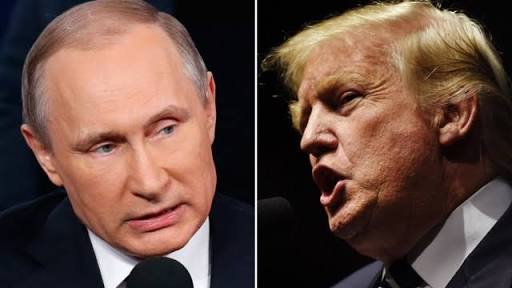 Share this on WhatsApp
Spread the love
Russia is planning to expand its military presence in Europe and Asia to counter the U.S. military emplacement around the world.
According to Newsweek, Russia’s ambassador to NATO, Alexander Grushko, said on Thursday that Moscow would take measures to counter the military buildup by the U.S.-led Western military alliance along his nation’s borders in Europe.
Following a Washington-backed plan, NATO formed four strategic battle groups in the Baltic states and Poland last year.
It has been dumping thousands of troops and extensive military resources to bolster the multinational coalition’s defense capabilities.
Moscow is not impressed by the formations it views as an addition to America’s significant defense base on Russia’s borders.
Grushko said Moscow would take retaliatory measures.
Share this on WhatsApp
Related Topics:President Donald J. TrumpPresident Vladimir PutinRussiaUnited State of America
Up Next

Naira appreciates by N12, closes at N363 to US dollar