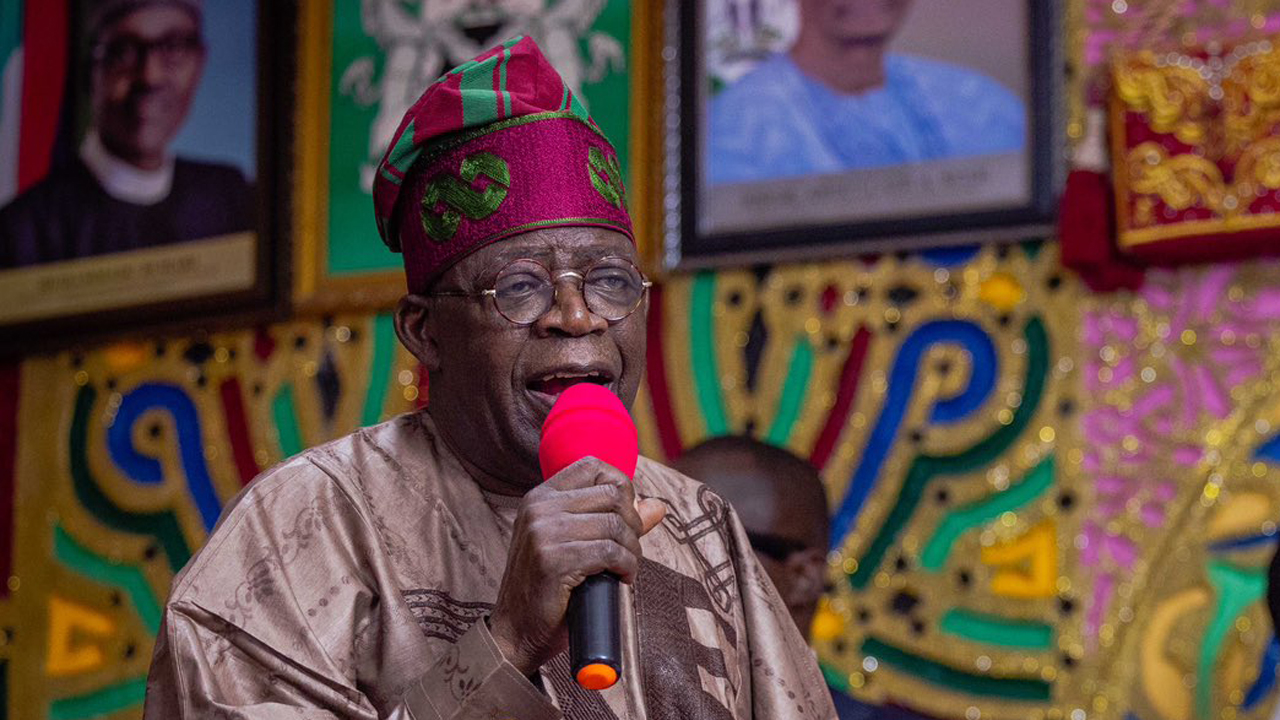 Presidential candidate of the All Progressives Congress (APC), Bola Tinubu has called on Nigerians to go all out and get their permanent voters’ cards (PVCs), describing the card as a ‘liberation card’ for the 2023 presidential election.

Speaking at a campaign rally in Enugu on Wednesday, Tinubu said, ““Go and pick your PVC, no matter how much they try to frustrate you,” he said.

“Don’t be frustrated. That PVC is a liberation card, a success card, it is a gold mine. Don’t kid with it.”

He also appealed to Nigerians relocating abroad to stay and help develop the country.

“People running away to Canada and Britain… suffer. We have been there, we have seen them all. God bless Nigeria,” he said.

The former governor of Lagos said citizens should be ready to make sacrifices for the good of the country, assuring them that he’s contesting to make the country better for Nigerians.

“I’m pragmatic, a thinker, a doer, a blessed man, a brilliant man. The hope is here. The success is here,” he said.

Tinubu said the governments of the south-east should be ready to partner with the federal government to turn the geo-political zone into an industrial hub – a goal he said he is ready to pursue if elected president.

“If the federal government collaborates with you if you elect me as the president – [there will] be an industrial hub for Enugu,” he said.

“For Imo, Ebonyi, Anambra, Abia – deep sea ports and fabricating engines. Enugu will become an industrial hub, greater than before. There will be jobs for all of you. You have incredible mineral resources to propel economic recovery.

“You are also an agricultural powerhouse that can produce many cash crops.”