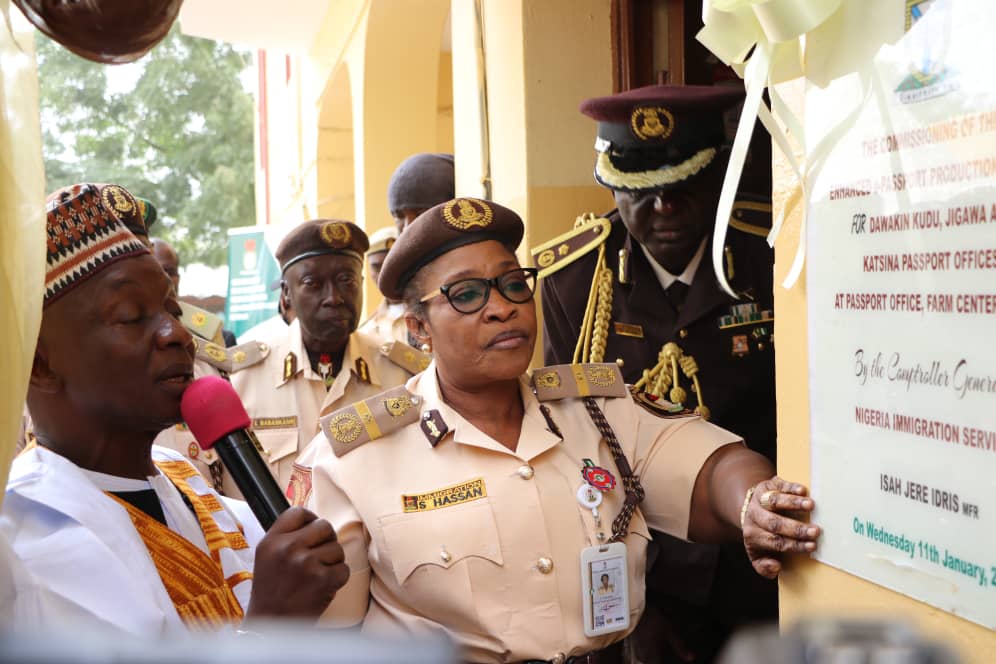 The Nigeria Immigration Service (NIS) says it is committed to issuing passports between three and six weeks post biometric capture, where there are no technical hitches or application irregularities.

The NIS spokesperson, Mr Tony Akuneme, in a statement in Abuja, quoted the Comptroller-General, NIS, Mr Isa Jere, as saying this at the inauguration of an enhanced e-Passport production facility in Kano on Wednesday. Jere, who was represented at the event by the Assistant Comptroller-General, Passport, Sadat Hassan, however, said that the three to six weeks period would be achieved, only when there were no inconsistencies in the NIN of applicants.

The C-G, who expressed satisfaction with the positive feedbacks from the various Passport offices across the country, said this showed that Nigerians had appreciated the novel initiative.

He emphasised that NIN remained mandatory for the issuance of Passports and the information in both documents must match.

“We reiterate our official position that Passport applicants should please avoid using third parties but go online and make their applications/payments themselves at passport.immigration.gov.ng.

“We will continue to deal with the challenges of recalcitrant touts as well as few bad eggs amongst the personnel who are bent on sabotaging the reform process,” he said.

He used the opportunity to warn members of the public of the nefarious activities of this racketeering syndicate who have gone a step further to even circulate fake news of Immigration recruitment exercise.

“The Service is not recruiting at this moment and will always publish such recruitment as usual, anytime we secure Federal Government approval for recruitment,” he said.

Jere asserted that his management team remained focused on improving service delivery with particular emphasis on efficient and seamless Passport administration, border security and welfare of officers and men of the Service.

He further explained that the Service intended to keep the two weeks processing timeframe open to all Diasporas until Jan. 31 when the programme would come to an end.

Share this on WhatsApp
Related Topics:3 weeksC-GcommittedissuanceNISpassports
Up Next