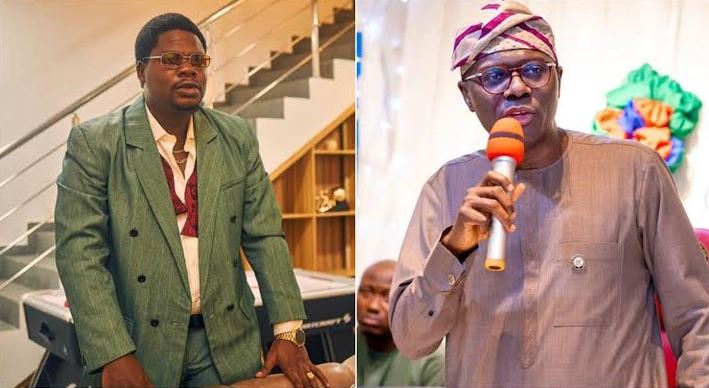 Nigerian comic skit maker, actor and activist, Debi Adebayo has stylishly trolled the governor of Lagos State, Babajide Sanwo Olu after recently arresting a military officer after he was caught riding a motorcycle against traffic.

You will recall that on Tuesday the 28th of June, Lagos State Governor, Mr Babajide Sanwo Olu ordered the arrest of a military officer who was riding a motorcycle popularly known as Okada, against traffic. However, this didn’t seems to sit down well with Nigerian Comic skit maker, Mr Macaroni who has taken to social media to stylishly troll the Governor of Lagos State. This tweet from Mr Macaroni trolling the governor has attracted reactions from his fans and Nigerians, as some have commended Mr Macaroni, saying ‘oil dey his head’, while some seems to find it very funny.

Here are some screenshots of reactions from Mr Macaroni Twitter page: